Editor’s note: This is a live account of updates from Sunday, May 3, as the events unfolded. Click here to find the latest extended coverage of the outbreak of the coronavirus known as SARS-CoV-2; the illness it causes, COVID-19; and its effects on the Seattle area, the Pacific Northwest and the world. 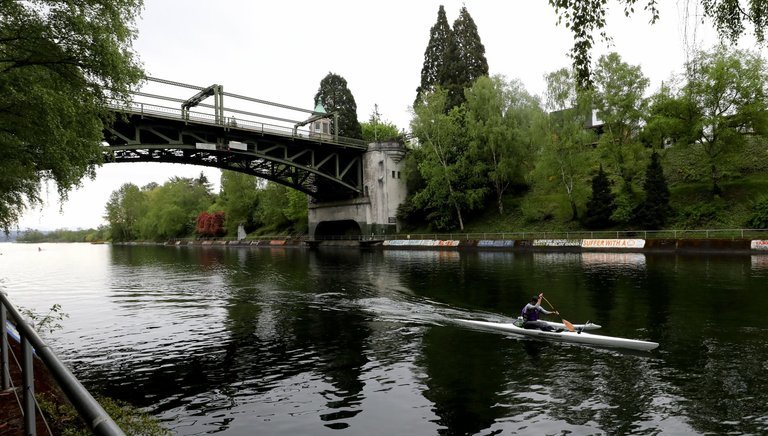 Positive COVID-19 cases in Washington increased to 15,185 as of late Saturday, 182 more than a day earlier, and four additional deaths were reported. The state’s death toll from the virus now stands at 834 and more than half — 459 — have occurred in King County, according to new data released by the state Department of Health on Sunday.

Of the 212,005 tests conducted statewide as of Saturday night, 7.2% have been positive.

The Lummi Nation has its first outbreak in weeks: 16 people, all younger than 40. And a worker at an Amazon warehouse in DuPont has tested positive for the virus, the Seattle-based tech giant confirmed Saturday afternoon.

More than 100 Washington state parks will re-open on Tuesday for daytime use. The roster includes popular hiking, fishing and boating destinations such as Deception Pass, Lake Wenatchee and Fort Worden.

Throughout Sunday, on this page, we’ll be posting updates from Seattle Times journalists and others on the pandemic and its effects on the Seattle area, the Pacific Northwest and the world. Updates from Saturday can be found here, and all our coronavirus coverage can be found here.

The following graphic includes the most recent numbers from the Washington State Department of Health, released Sunday afternoon.

More than half of state’s COVID-19 deaths occurred in King County
King County’s 6,449 positive COVID-19 cases account for 42% of the statewide total of 15,185 positive cases, according to new data released Sunday afternoon by the state Department of Health (DOH). The new cases marked an increase of 182 from the day before.

The department reported that 834 people have died across the state from COVID-19, the respiratory disease caused by the coronavirus, four more than was reported a day earlier. Of those deaths, 459 — or 55% of the statewide total — have occurred in King County, the data shows.

Also Sunday, DOH unveiled improved graphics on the department’s COVID-19 homepage. Improvements to support access for blind and visually impaired users include tab-key navigation, improved functionality for screen readers and better font sizes and color contrast, according to a news release. DOH has also made improvements for tablet and mobile users, the release says.

The best COVID-19 vaccine sales pitch is not ‘protect others.’ It’s ‘save yourself!’