China reported a second day of new cases of Corona virus infection in Wuhan. It was reported on Monday, May 11th, 2020. It is about after a month without any infection at this epicentre of the global pandemic. 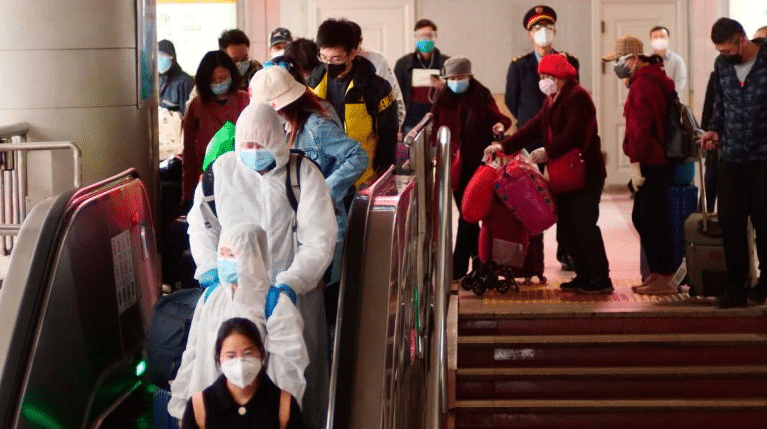 Beijing: A stark and shocking warning of dangers of fresh wave of Corona virus outbreak came with the China’s report of a second day of new cases of Corona virus in Wuhan on Monday May 11th, 2020. It is after a month of a COVID-19 infection free period at the epicentre of this global pandemic.

This virus first came into action in the late months in the year 2019. It swept through the entire city and the surrounding province of Hubei. It killed thousands of Chinese people and sickened many more thousands at that time.

Later on, it spread across the entire world.

The authorities at Wuhan have imposed draconian restrictions on travel and movement. It was considered as a successful bid to quash this virus outbreak.

The lockdown at Wuhan began to ease down in the past recent weeks. The authorities claimed that this disease was under control in China. The local children returned to their schools and travelling to and from the city was allowed of late.

But on Sunday, May 10th, 2020, the authorities at Wuhan admitted that one person has tested positive for the virus in this Chinese Metropolis. A day after, five more cases were reported at Wuhan.

The local health officials reported that all new cases were from the same residential compound at Wuhan. Majority of the infected persons were older people.

This news of new corona virus infection at this global ground zero is coming at a time when many European Nations are slowly completing the tricky task of navigating out of lockdowns, that were imposed I their countries to halt the spread of this deadly virus.

It is also coming at a time when the United States is easing restrictions on movements in the country. It is despite of continuous rise of corona virus infection there. The US citizens chafe under rules many say that are overreach of the government.

It is a warning issued by the health experts that too hasty return to normal life style can have the potential danger of sparking a second wave of infections. They point out that the restrictions have to remain till there is a vaccine available for this disease.

The new cases at China on Monday included five cases in the Northeast.

At least eleven new cases connected to a local laundry worker were reported over the weekend. It wa reported by a state broadcaster CCTV. It prompted the city-wide lockdown of Shulan. It has a population of around 670,000 people.

This virus has now infected about four million people across this world. It has claimed about 280,000 lives till date in the world and has very much crippled the global economy.

The total number of infected people in China is around 83,000 people and more than 4,600 people have died here.

No new deaths have been reported in this country for about a month. Life in China is gradually returning to normal after it was disturbed for past few months together.

The Shanghai Disneyland reopened on Monday. The national government issued a permission to reopen cinemas and sports venues to reopen in the last week.

China has been criticized for downplaying this virus both at home and abroad. It was blamed for concealing information about the corona virus outbreak. It was when it first emerged at Wuhan. There are doubts expressed about the official toll from this disease in China.

But officials at Beijing has insisted that it has always shared information with the World Health Organization and with other countries in a timely manner.