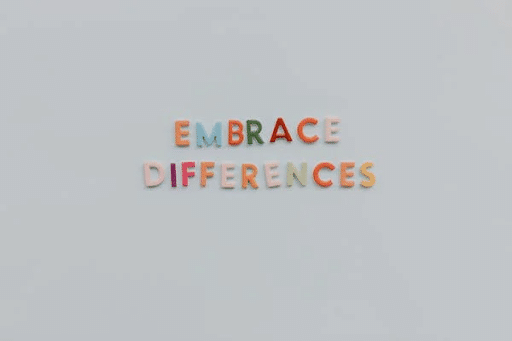 There has been a lot of discussion in recent years surrounding effective treatments for autism. Some experts believe that there is no cure for autism, while others maintain that it can be treated or cured through various means. The debate over whether autism is merely a disorder or an actual disease continues to rage today, with both sides offering conflicting evidence and arguments. At the heart of the issue is a disagreement over what autism really is and how it should be treated.  Here is a brief overview of how this debate has evolved over time, as well as some of the pros and cons associated with each side.

Prior to the 1980s, autism was not considered a disorder at all but rather a variety of mental retardation. Most experts believed that autism was a result of poor parenting or insufficient attention, which led to a diagnosis of “refrigerator mother” syndrome. By reading the Autism Parenting Magazine, you can see that “The ‘refrigerator mother theory’ was one iteration of the centuries-old belief that autism is caused by a lack of maternal warmth and affection.” In other words, parents of autistic children were often blamed for their child’s condition and expected to change their parenting style so that it was more affectionate. In addition to being heavily stigmatized in this regard, there was little medical intervention available to those with autism and very few effective treatment options.

Since the 1980s, attitudes toward autism have changed significantly. In 1994, clinical psychologist Simon Baron-Cohen and colleagues published a study that identified many of the behaviors associated with autism among nonverbal children, which led to a much greater understanding of the condition. Thanks to this research and other investigations that followed it, today we know that autism is a genetic disorder caused by changes in certain brain structures and functions. One consequence of these findings has been a shift away from blaming parents for their child’s condition and towards recognizing autistic individuals as being neurologically different rather than just impaired or lacking in social skills.

3. The Pros of Earlier Diagnosis

The earlier that autism can be diagnosed, the more effective treatment options may be. Early interventions for autism can help to improve social and communication skills, as well as emotional development. This is an important consideration, given the fact that some autistic individuals may continue to suffer from low self-esteem or depression because of their condition. For example, a study published in the Journal of Autism and Developmental Disorders shows that early intervention can have a significant impact on reducing symptoms such as anxiety, depression, and obsessive/compulsive behavior among children with autism spectrum disorders.

4. The Cons of Earlier Diagnosis

However, early diagnosis also has several potential drawbacks. First of all, it may lead parents to expect more from their child than he or she is capable of achieving at the time. In addition, parents may be unable to prioritize the proper therapies and interventions, since they are often overwhelmed by a lengthy treatment protocol and high financial costs. Finally, early diagnosis may be detrimental in some cases if no effective treatments are available at the time of diagnosis. For example, one study published in The British Journal of Psychiatry found that parents who received a diagnosis of autism for their child during infancy were more likely to experience depression than those who did not receive a diagnosis until later on.

5. The Pros of the Current Diagnosis

Although there are several potential downsides to the current diagnosis, there are also many benefits. By definition, autism is still a relatively rare disorder, so medical professionals are better equipped to provide individuals with personalized care and intervention. In addition, parents are able to get more support from the autism community at large, including other parents of autistic children or adults in their area. Finally, when early signs of autism are identified during infancy or early childhood, it is much easier for parents to seek treatment with effective therapies such as behavioral interventions or medication.

6. The Cons of the Current Diagnosis

Although there may be many positive aspects to the current diagnosis and treatment of autism spectrum disorders, there are also several potential drawbacks that should be considered. One concern is that some autistic individuals may not receive the proper level of support if they have only mild symptoms or do not fall within the autism spectrum disorder criteria, despite the fact that they may benefit from certain therapies or interventions. In addition, some experts argue that it is difficult to adequately measure the quality of life in autistic individuals, which means that their needs may not be fully addressed by medical professionals.

Why is an early diagnosis important for autism spectrum disorders?

There are several reasons why an early diagnosis of autism spectrum disorder is important. First, if the condition is detected and diagnosed early, it allows parents and medical professionals to provide support and interventions that can help improve social and communication skills as well as emotional development. Furthermore, early diagnosis may also lead to more effective treatments for autism, which can ultimately improve the quality of life for individuals with the condition.

Are there any potential downsides to an early diagnosis?

There are some potential downsides to an early diagnosis of autism spectrum disorder. For one, it may lead parents and medical professionals to expect more from individuals with autism than they are capable of achieving, especially if the condition is mild or undiagnosed. In addition, there may be a risk that parents and medical professionals will not prioritize the most appropriate treatments for autism, since they may be overwhelmed by a long treatment protocol or high costs. Finally, it is possible that an early diagnosis could have negative consequences if effective treatments are not available yet.

Overall, there are many benefits to an early diagnosis of autism spectrum disorder, including the ability to provide targeted support and interventions that can improve social and communication skills. However, there are also some potential downsides to consider, such as the risk of placing unrealistic expectations on individuals with autism or not prioritizing the most effective treatments. Ultimately, it is important for parents and medical professionals to work together in order to ensure that individuals with autism receive the support they need at every stage of their development.