Users often encounter a situation where comments are not displayed on YouTube. People are at a loss and can’t figure out what the cause is, and how to get the service back to normal. In fact, there is no poltergeist in such a situation. Below we will consider why messages do not show, where they have gone, and what to do in such situations. Most often the root of the problem lies in the settings of the application or PC. But more about everything in detail. 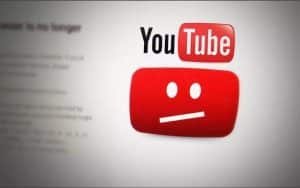 Why comments are not displayed on the PC and phone

To begin, let’s look at the reasons why comments are not visible in YouTube, depending on the device used.

YouTube creators are constantly developing the platform and adding additional features for active users. For example, the owner of the channel has the right to moderate added posts. This is especially true if an additional link is added to the review. In such a case, a person adds a review and it’s not there. He panics and asks why my comments are not visible on YouTube. It’s simple here. The data doesn’t show up until the channel owner reviews it. After he reviews the post and approves the text, it will be displayed in the general list.

It’s good if you can solve the problem with showing comments. By the way, you can get comments as views or YouTube subscribers at https://lowcostsmm.com. And then there are the services of likes, bots, sharers, and dislikes. If you have your own Instagram, you can also use this tool to promote your profile.

Another question is why there are no comments on YouTube. Here it’s simple. The author of the video has the right to block the ability to add posts. In this case, you can’t comment on the video and no one can leave an opinion under it. Sometimes this option is activated automatically for some types of videos.

Sometimes people complain that they can’t read comments on YouTube, for example, they don’t load. The reason could be due to the safe mode on your phone or PC. To restore normal operation, you need to disable it.

If the comments are not displayed in the desktop version of YouTube, and none of the proposed methods did not work, you can try to open another browser. Perhaps the problem lies in some settings of the web explorer. If the messages are easily readable in another program, you need to ask the “problematic” browser or reinstall it completely.

Comments in children’s videos are not displayed

Note that YouTube does not display comments in videos with young children. This is done automatically without a command from the user. At the same time, authors ask why I don’t see comments in YouTube from my phone or PC after adding a video. The reason is the presence of toddlers in the video. The purpose of such actions is to protect children and families. The company has blocked comments in videos before that could attract people with kinky fantasies. This is now done by default for children’s channels.

The exception to this is some authors who are trusted partners of YouTube hosting. They are allowed to include comments if there are children in the video. The ban also does not apply to users who professionally engage in family videos, or YouTube stars. At the same time, the author is responsible for careful moderation of posts. Note that the system has an automatic mechanism that closes comments instantly. If YouTube doesn’t work in Chrome, see how to fix it in another article. 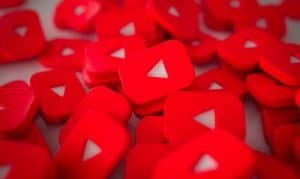 An equally common dilemma is where the comments on YouTube disappeared under the video. Such a complaint is often made by people who have left posts and now they don’t show up. In fact, the reviews are disappearing. There are two possible reasons – they were deleted by the channel owner or the administration of YouTube (manually, automatically). In the first case, the user can moderate the comments under his video at will. As for the administration, it reacts harshly to rule violations, and many filters automatically delete everything unnecessary.

If comments on YouTube disappear, the reason may be a deviation from the requirements of the video hosting in terms of the content of the ads. Let’s highlight common causes:

Full rules are given on YouTube, but even these points are enough to understand the reasons for deleting some comments. If a comment suddenly disappears when you reload the page in YouTube, it is deleted by the internal filter. That said, users often complain that its actions are often wrong.

If you can’t see the comments in the desktop version of YouTube, you need to use a different browser. In most cases, after changing the browser, the comments will be displayed again. If you buy comments on your YouTube videos at https://lowcostsmm.com/buy-youtube-comments/, you’ll see them immediately, and even outside users will have a hard time distinguishing them from the real thing.

There are videos where the owner of the channel has completely excluded the possibility of leaving comments, and there are videos where comments are available but you can’t leave them. The latter is especially characteristic of advertising videos that supposedly tell you how to earn money, but in fact they are fraudulent. Such videos, as a rule, are at the very top of the mobile output of YouTube – of course, we are only talking about Russia. Foreign YouTube does not allow such crap in the tops, even for money, unlike our version.

In the case of various videos on earnings the question why comments on YouTube are not visible should not arise – the author deliberately disabled the possibility of adding comments, so that the scam was not disclosed

It also happens that after refreshing the page the number of comments has increased, but they are not displayed. In this case the matter is most likely in the settings of the channel. The thing is that there is a function for adjusting the settings for each video clip separately.

Most likely, comments are not displayed in a particular video because it is enabled to display comments only after preliminary moderation.

Display comments can be adjusted through the dextop version of YouTube. You should open the settings, go to “Advanced Settings” and find the item “Comments”. In it, check the box “Show all comments”.

Now you know why comments are not displayed in YouTube, and how to fix the problem. If the ability to add posts is enabled, and the user does not violate the rules of the service, the reason may be trivial – contamination of the cache or malfunctions in the application. In other cases, you need to control the words and try not to violate the rules of the hosting service.