Skip to content
Contents hide
1 What Constitutes Hipster Fashion?
2 For Him
3 For Her
4 The Hipster Aesthetic
5 The Hipster Demographics and History
6 How to Spot a Hipster
7 Is Hipster Culture Still Thriving
Please follow and like us: 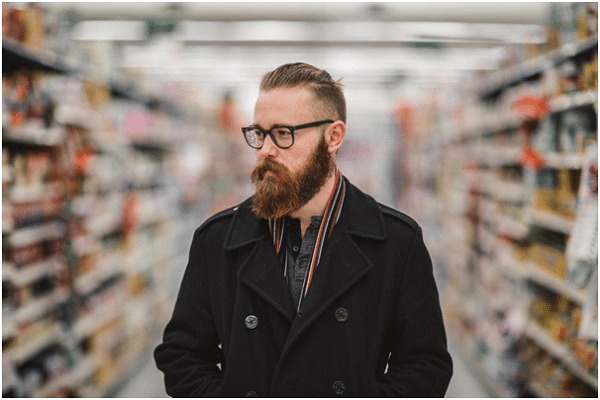 There’s no doubt about it. The term hipster, and all it has come to represent, is now definitely something of a derogatory term, but one wonders why? If you mention the term hipster, it’s now almost exclusively associated with negative stereotypes.

At its very essence, dressing like a hipster usually requires a great deal of effort to make it look as if no effort whatsoever was made. That may seem like a contradiction; that’s because it is.

The term hipster is definitely a loaded one, and it’s become harder to define, but that doesn’t mean there aren’t some very distinctive aspects to what being a hipster signifies in terms of fashion and as a way of life.

The term hipster is most commonly used in relation to men’s fashion, but it’s certainly also one that applies to the female style lexicon too. So let’s deal with these one at a time.

Hipster style for men is usually very casual and starts with tight skinny or slim jeans, typically in a dark color. Usually, they are cuffed so that socks are in full view, and this is then combined with a flannel shirt or a t-shirt and a Cobra Kai hoodie. This can also be completed with a cardigan or a thick sweater, depending on the season and the environment.

In terms of accessories, a pair of stylish rimless glasses wouldn’t go amiss and a belt in plain view as well as, on occasion, a chain. Occasionally a baseball cap, well worn, might be added into the mix and a pair of old sneakers.

Clearly, a beard, well-trimmed, is the icing on the hipster cake here.

For women, there is a bit more to it. It might be more grunge-leaning, and denim is a vital feature. Ripped jeans are one way to go, but also vintage-style skirts would help complete that female hipster outfit. A graphic tee, maybe of a band, a leather jacket and/or a cardigan, or an oversized bulky sweater.

For accessories, oversized rectangular glasses/sunglasses are good, a fedora if you are being particularly daring, combat boots, and a tatty old scarf, all of these very much play into the hipster ‘narrative.

At its core, in terms of the fashion aspects related to the hipster subculture, there is a relaxed informality at play. There is also a tendency to evoke fashions of old, and that’s why the group as a whole might look to shop for styles at thrift stores and second-hand establishments; in many ways, this is the way a true hipster would look to put together their wardrobe options.

Though there are, of course, styles and fashions rooted in the hipster phenomenon, a true hipster would look to top off any such look with a flagrant burst of individuality. Something that makes them stand out, an added bit of detailing that creates a certain amount of defined flamboyance—a bow tie, a bright-colored fedora, etc.

The Hipster Demographics and History

The hipster as a subculture has existed for quite some time, dating all the way back to the 1940s, and originates in New York. It has its roots in the bohemian vibes of Greenwich Village and is a style and ethos that’s gone out of fashion and back in again on a number of occasions.

Most discussions around hipster fashion make a point of stating that there is no specific style being followed and that the very idea of the ‘movement’ is a break from a mainstream approach to fashion. The irony being that the hipster style has become so popular that mainstream outlets now covet the style and look and offer it back to the public, who then lap up the mass appeal; again, something of a contradiction is in operation here.

Typically the hipster ‘generation’ would have been considered a younger one, but clearly, as those who dressed in this fashion during the latest incarnation of the phase have now grown older, it’s actually more commonly associated with those in their mid-30s.

How to Spot a Hipster

Clearly, there is a danger of overgeneralizing, but there are certain aspects that are usually relevant when it comes to spotting a hipster; here are just a few.

The overriding characteristics relating to hipster culture go beyond just fashion and usually involve a progressive mindset and a penchant for individuality (though clearly given that hipsters are a ‘group,’ that too is something of a contradiction in terms).

The contemporary hipster phase, the one that still exists today, is thought to have first started in the last 1990s and became more well-known and discussed in the 2000s and early 2010s.

As for the territorial associations as to where hipsters tend to reside, in the US, Portland, New York, and Seattle are commonly considered hotbeds in terms of sheer numbers, and in the UK, Brighton and London are most considered as locations of hipster culture.

Yes, the hipster ethos and trend retain a sense of popularity, but in recent years the numbers have reduced, chiefly due to the emergence of other trends, such is the cyclical nature of sub-cultures and the fashion and identity traits that make them.