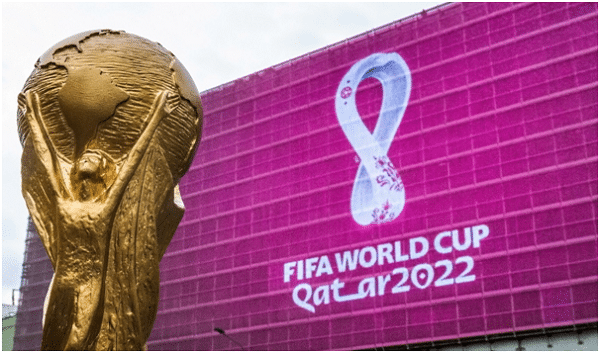 The recent international break was a crucial period for many of the teams involved, with qualifying for next year’s World Cup in Qatar firmly on the line. For the Home Nations, fate has been sealed for Northern Ireland, with Ian Baraclough’s men missing out on featuring at yet another World Cup, while a place at the Middle East-based tournament still hangs in the balance for England, Wales and Scotland.

It’s fair to say that there were mixed emotions throughout the United Kingdom during the recent international break. So, without further ado, let’s take a quick look at how the Home Nations got on against their respective opposition. Read on to find out more.

England may be one of the favourites to win the 2022 World Cup in the football betting markets, and whilst Gareth Southgate’s men have all but secured their place in the tournament, they still need a result against Albania or minnows San Marino to seal qualification. The Three Lions breezed past Andorra (5-0) at Estadi Nacional, with Ben Chilwell and Jack Grealish netting their first goals for their country, while Tammy Abraham, Bukayo Saka and James Ward-Prowse were also on the scoresheet. Due to other results, England couldn’t confirm qualification with a win against Hungary, but a victory at Wembley would have eased the pressure a bit. Roland Sallai gave the visitors a shock lead from the spot before John Stones equalised for England as the game ended 1-1. The Euro 2020 finalists need just one point from their next two matches to book their place in Qatar.

On the brink of qualifying for their first World Cup since 1986, Steve Clarke’s men will be incredibly happy with how the recent international break went. In a crucial second vs third encounter at Hampden Park, Scotland beat Israel 3-2 in Glasgow to move four points clear of their qualification rivals. The visitors held a 2-1 lead at the break, but second half goals from Lyndon Dykes and Scott McTominay, who scored in the 94th minute, turned the result on its head much to the delight of the home crowd. A 1-0 win away to the Faroe Islands, thanks to another late goal from Dykes, means that Scotland need to beat either Moldova away or Denmark, who have already secured their place at the top of the group, at home. Of course, if Israel drop points in their final two matches against Austria (A) and Faroe Islands (H), then Scotland’s results won’t matter!

Level on points with the Czech Republic, but with a game in hand over their fellow qualification hopefuls, Wales also have a great chance of booking their place at their first World Cup since 1958. The Euro 2016 semi-finalists drew 2-2 with the Czechs at Eden Arena in Prague before an early strike from Kieffer Moore gave Wales a crucial 1-0 win on their travels to Estonia. If Jaroslav Šilhavý’s side beat Estonia at home in their final qualifying game, then Wales will need to pick up four points in their concluding two games against Belarus and Belgium, which will both take place in Cardiff, but that will be no easy feat!

The first Home Nation to have their hopes of qualification completely dashed, back-to-back defeats confirmed that Northern Ireland’s World Cup hopes are over. Baraclough’s men lost 2-0 to Switzerland at the Stade de Genève, which made it almost impossible for Northern Ireland to pip Murat Yakin’s men to second place behind European Champions Italy, and a dire 2-1 defeat away to Bulgaria was the final nail in the coffin. All they are left to fight for in their remaining games against Lithuania and Italy at Windsor Park in Belfast is pride. Baraclough’s future is also doubt, with the manager’s current contract due to expire. With just three wins in 18, we doubt many Northern Ireland fans would be too upset if it was the end of Baraclough’s turbulent tenure.