Fake tweets have been attributing to Suhail Shaheen and Zaibullah Mujahid, the Taliban spokesperson, of doing rounds saying,“friendship between Islamic Emirate and India is impossible” and “Islamic Emirate will capture Kashmir from infidels”. 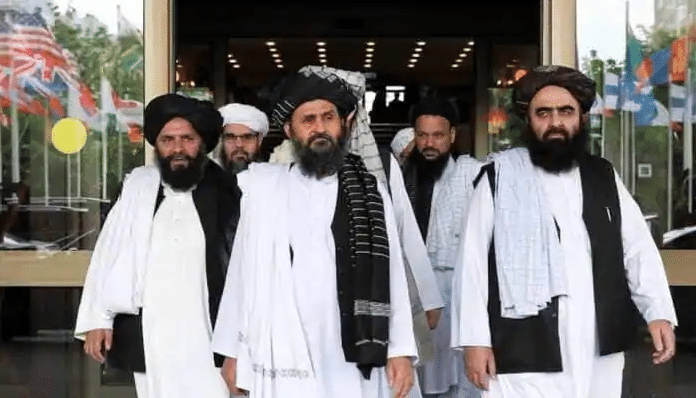 New Delhi: Taliban clarified on May, 17th, Monday, 2020 that Kashmir is an internal matter of India. The Taliban does not support any Pakistan style “Ghazwa E Hind” or Holy war against India. It was after fake tweets were circulated on the social media, attributing to this group.

In a tweet, Suhail Shaheen spokesperson Taliban Political Office, Doha, said, “The statement that has been circulated in certain media regarding India does not belong to Islamic emirate. The policy of Islamic Emirate regarding neighbour states is very obvious that we don’t interfere in the domestic issues of them.”

Fake tweets attributed to Suhail Shaheen and Taliban spokesperson Zabiullah Mujahid have been doing rounds saying, “friendship between Islamic Emirate and India is impossible” and “Islamic Emirate will capture Kashmir from infidels”.

But Taliban has refused to be a part of this Pakistani propaganda on Kashmir. It was also on Muslims in India.

This group is hopeful about India playing a positive role in Afghanistan for peace and reconstruction.

Suhail Shaheen had said speaking exclusively to press from Doha earlier this month that “Based on our national interest and mutual respect, we would like to have positive relations with neighbouring countries including India and welcome their contribution and cooperation in the reconstruction of future Afghanistan.”

He added, “The Islamic Emirate of Afghanistan is a national Islamic movement of Afghanistan which has been struggling for the emancipation of the country from occupation. We don’t have any agenda beyond our border.”

The Afghan Foreign Ministry Spokesperson Gran Hewadapplaude the role played by India in his country. “India one of the biggest donor countries and has helped Afghanistan in development and reconstruction areas, we appreciate their cooperation.”

Explaining that the Afghan government would like India to play an important role, Gran said, “We expect India and other neighbouring countries play a significant role in the Afghan peace process.”

India is the major partner in the development of Afghanistan. It has built the India Afghanistan friendship dam in the western province of Herat and the Afghanistan Parliament in the national capital Kabul.