Skip to content
Contents hide
1 Entry-Level Laptops
2 Mid-Range Computers
3 High-End Laptops
4 Classifying Computers Based on Operating System (OS)
5 The four types of operating systems on the market today include:
6 Windows
7 MacOS
8 Linux
9 Chrome OS
10 Now You Know What to Look For in Different Types of Laptops
Please follow and like us: 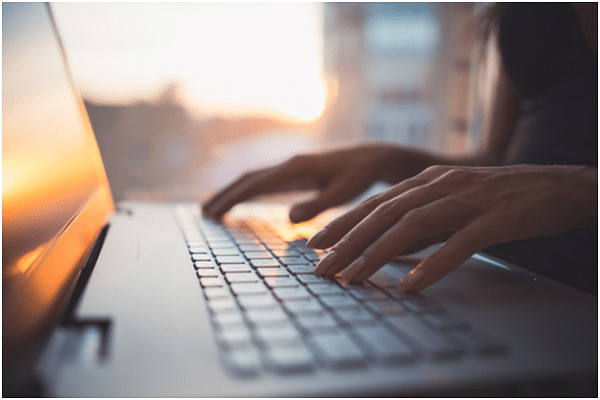 When shopping around for a laptop, it’s essential to know that there is more to a computer than the speed and size. Finding the suitable laptop model to fit your price range and needs involves a lot of considerations, too. There are many different types of laptops on the market today, and you must do your research before settling on one.

All laptops aren’t created the same. Some are best suited for heavy functionality, such as editing videos and playing video games, while others are tailored for basic functions such as writing. Understanding the different types of laptops that exist today is the key to purchasing the laptop of your dreams.

Below are the types of laptops on the market today.

An entry-level laptop is best for basic tasks such as watching movies. They are also suitable for occasional and lighter use and for owners who aren’t concerned about battery life, weight, or laptop performance. You can find an excellent entry-level laptop for around $500, and budget models will also do the job.

These low-powered computers can perform general computing tasks like email, web browsing, and standard word processing. You can use them for basic multimedia tasks like standard definition video streaming. Most students use entry-level computers for their assignments and note-taking during class.

Mid-range computers are slightly more expensive than entry-level laptops. They also offer more functionality and flexibility compared to entry-level ones. If you’re looking for a laptop you can carry along while you’re moving from one place to another, consider purchasing a mid-range laptop.

They are lighter, easy to carry, and thin. Hence, it’s easy to take it with you wherever you’re going. These laptops are best suited for regular laptop users, business people, students, and families.

You can run any games and software using these laptops. However, they struggle with high-processing-power video editing and games that need graphic processing.

If you’re looking for a laptop with higher processing power to help you with work-related tasks, look for mid-range computers.

Are you looking for a more powerful PC with the power of a desktop and the portability of mid-range laptops? You should consider high-end laptops. They are portable, extremely light, with plenty of storage space, RAM, and powerful processors.

Most of these laptops are designed for gamers and videographers and are great for video games and editing software. That’s because they have a high-resolution screen and a powerful graphics card. High-end computers are for serious professionals and computer enthusiasts who use their systems for intensive computing tasks.

Such tasks include audio, photo and video editing, 3D rendering, programming, and high-power video games. That’s because the computer is designed to handle these tasks and run heavy software.

There are numerous operating systems today, and they tend to polarize people’s opinions. If you ask any tech-savvy person which is the best OS, you will likely have a long, heated debate about the perks and drawbacks of each. Even though no one will win the argument, almost everyone thinks they are right to choose their preferred OS.

However, each operating system has its benefits and drawbacks. And you need to choose the best OS because it will affect your hardware decisions and software choices. This is quite common for Chrome OS and Apple products.

Apple’s Mac operating system only runs Apple products and is well designed to run seamlessly with other Apple-related products such as iPads, Apple Watches, and iPhones. On the other hand, Chrome OS runs on mini PC desktops, laptops, and PC sticks. These are products specifically designed to run this OS.

The four types of operating systems on the market today include:

This is one of the most common operating systems with a massive share of the market. It offers a wider range of programs than any other OS. The New Windows computers will come equipped with either Windows 11 or Windows 10.

Windows 11 was introduced in October 2021, and it will be rolled out with computers sold into 2022. Both Windows versions can work across a wide range of devices, such as tablets. Windows-run tablets are often touchscreen support inbuilt.

Unfortunately, most old laptops that run Windows 10 can’t support Windows 11 because of the strict hardware and software requirements. But Windows 10 will last up to 2025.

Apple has designed the Mac Operating System to only work with applied hardware. The OS provides users with tight integration, offering consistency and ease of use across different programs. It’s also easy to integrate the OS with other Apple-operated devices such as iPad, iPhones, and all the new Apple Silicon-based computers.

It’s also possible to install Windows on Intel-based Mac computers using Apple’s operating system’s built-in installer utility Boot Camp. This allows you to run Windows OS on Mac hardware without requiring any software emulation. This is the best way to get the full performance of the Windows OS on a Mac computer.

You can also use virtualization software tools to help you run Windows operating system and programs on Intel-based Macs. However, this isn’t possible for Apple’s silicon-based computers. The virtualization program is also great for people who want to install a different OS such as Linux.

Linux OS is typically free, just like most of its programs. It can also run on numerous brands and models of computers as an alternative to Windows. Linux comes in multiple flavors, including Ubuntu and Mint.

While most mainframes, supercomputers, and servers prefer using Linux, it’s only used on 2.14% of all PCs, desktops, and laptops worldwide. If you have a decent laptop, it’s easy to install Linux. Some retailers and manufacturers offer their clients an option to install Linux instead of Windows when purchasing their laptops.

But for the most part, it’s an activity that you can do yourself without the help of a professional. All you need is a moderate amount of technical knowledge. There are many Linux distributors available for free.

These distros include the most popular ones Ubuntu and Mint, which are easy to install and use. Moreover, some distros are also relatively lightweight and are great for using in older laptops and PCs. These include Lubuntu and Puppy Linux.

In the past, the only way to install Linux on your computer would be to use a partition or a separate drive. Fortunately, the latest Windows 10 includes a real Linux Kernel instead of the traditional compatibility layer in WSL2. This allows people to use Linux distros through the online Microsoft Store.

Chrome operating system is used on Chromebooks (tablets and laptops), Chromebits (USB dongle PCs), and Chromeboxes (Chrome OS desktop PCs). Chrome OS is perfectly created to work mainly with cloud-based storage, and it’s based on Linux. But you can also use some on-device storage for some offline-based work.

Possibly, the biggest drawback of Chrome OS is that you can only use applications available on the Chrome Web Store. But recently, Chromebooks have added an extra layer of versatility because they can also run Android Applications.

Chrome OS hardware devices are well known for security and simplicity. You don’t need any backup storage, and you won’t worry about malware and viruses. They also have relatively low hardware overheating issues and long battery life.

All you need is to log into your Google account using the Chrome OS device, and the Cloud will synchronize everything. Chromebooks are great for students and are popular in schools. That’s because there are many cheaper Chrome OS devices available, and their configuration offers users easier centralized security and administration.

A Chrome OS PC can handle almost any task you’d like to do on a laptop. They offer a smooth experience without being weighed down by excessive and complex add-ons mostly seen in Windows devices.

Are you on the market for a brand new laptop? The computing industry is flooded with different models and brands of laptops. This can make it quite challenging to find the best one for you.

However, it’s essential to consider the different types of laptops and their operating system before rushing to buy one. Remember also to check your budget and the overall performance of the device. The best laptop should fit your needs, budget and help you do your job seamlessly.

Do you find this article informative? Check out other web posts on our site for more tech tips.