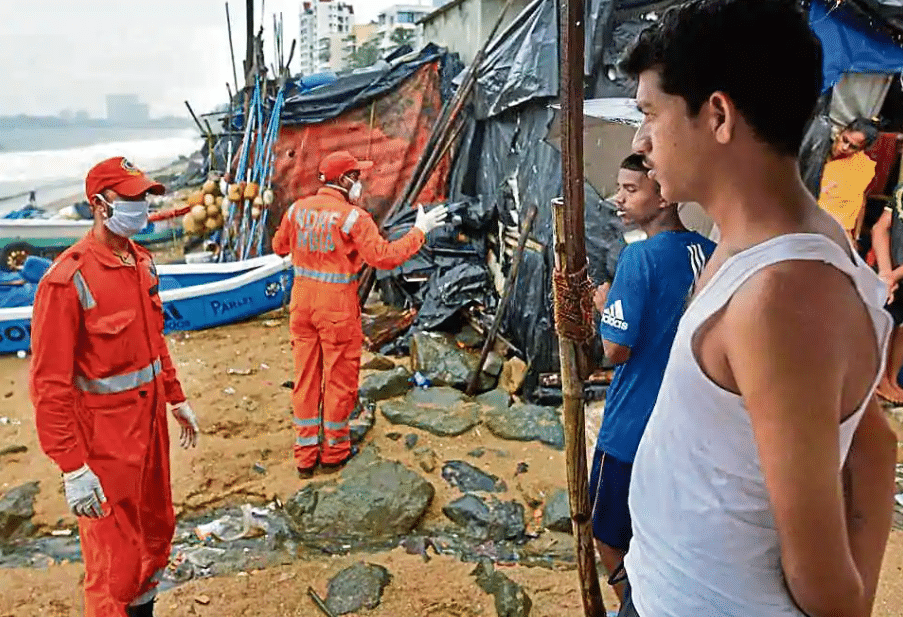 So far, the NDRF personnel have not been able to reach the cylone-affected areas of Raigad district, where two deaths and destruction to properties have been reported.

A person (58) died after a power pole fell on him at Umte village in Alibag, while a boy (10) was killed in a wall collapse at Shrivardhan taluka in Raigad district on Wednesday afternoon after the cyclone made landfall, the district authorities said.

“The areas, the location where the two deaths have already been reported in Raigad district, continue to be inaccessible. So far, we’ve n’t been able to identify the extent of the damage in those areas,” said Mahesh Kumar, inspector, NDRF.

“It’s been tough to proceed towards the south of Alibag, which is worst-influenced by cyclone Nisarga. Though we’re provided with mechanical tree cutters, it’s tough to cut big tree trunks and take away them from the road that may be hindering our movement. We worked through the night to remove blockages on major roads in the district, where fallen trees, had disrupted traffic,” he added

Large elements of Raigad district were devastated on Wednesday afternoon after cyclone Nisarga made landfall. Trees and electric poles were uprooted, communication lines snapped and damages caused to thatched and kutcha houses.

An NDRF team, which was deployed at Thane district, has become diverted to Srivardhan from the south of Raigad to execute an assessment from the damages due to the cyclone.

Major state and national highways including Alibag-Pen, Alibag-Revas, the direction to Goa via Poladpur and Sukeli, Murud to Majgaon, and also toKarjat and Uran, and Pen are operational since Thursday morning, as fallen trees and communication cables were cleared by the NDRF personnel through the night.