Filmmaker Ram Gopal Verma has come under fire after sharing a photo of women lining up for alcohol in queues during the coronavirus outbreak and wrote, “Look who’s in line at the wine shops ..So much for protecting women against drunk men.” India is under lockdown over the pandemic since March 24 which also meant no liquor and tobacco shops to remain open. However, the government allowed the sale of liquor in all zones except containment zones on May 4 which resulted in long queues and a cheering crowd. Also Read – Kartik Aaryan Deletes His Roti Video With Sister After Sona Mohapatra And Others Slam Him 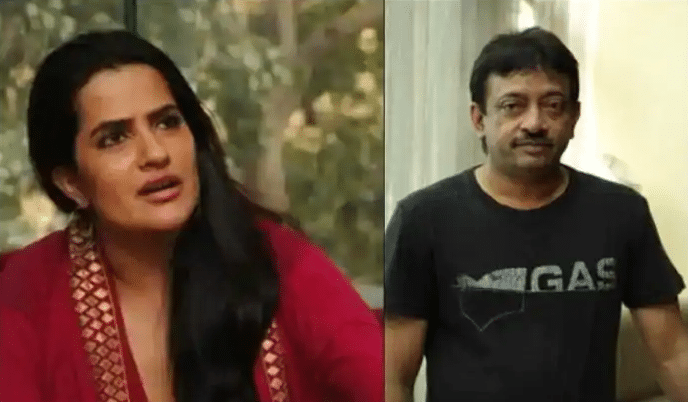 Ram Gopal Verma’s sexist tweet didn’t go well with Bollywood singer Sona Mohapatra. She slammed him by replying, “Dear Mr RGV, time for u to get into the line of people who desperately need a real education. 1 that lets u understand why this tweet of yours reeks of sexism & misplaced morality. Women have a right to buy & consume alcohol just like men. No one has the right to be drunk & violent.” Also Read – Sona Mohapatra on Masakali 2.0: Makers Should Take Legal Action Against Music Label; Have a Spine Like Aamir Khan

Netizens were also bashing Ram Gopal Verma for his thinking. One of the users wrote, “Here goes the misogynist; so if a woman drinks does that make her eligible for harassment”. Another one wrote, “Mr Varma are you suggesting women who drink should not complain when they face any abuse from men? Sick disgusting logic that can only come from an insecure man”. Also Read – Sona Mohapatra Talks About Sexism in Music Industry, Says Women Get ‘4 Lines’ to Sing in a Duet Song

Earlier, Javed Akhtar and Malaika Arora have both advised against reopening liquor shops. Javed wrote in a tweet, “Opening liquor shops during the lockdown will only bring disastrous results. In any case according to all the surveys nowadays domestic Violence has increased to a large extent .liquor will make these days even more dangerous for women and children”.

Malaika wrote, “I still don’t get Wat was the need or desperation or nessecity to open liquor shops!!!!! Bad bad idea. Only gonna create more chaos, domestic abuse, child abuse(sic).” Earlier it was Sophie Choudary who shared her thoughts on the same and tweeted, “Cannot believe the line for the #LiquorShop coming all the way around the corner! Groups coming on bikes, no social distancing like I’ve seen at other stores..I mean was this really necessary? I’m all for boosting the economy..but this?! Plus increased risk of domestic violence.”