The Amish are often being referred to as “Plain People,” and one of the primary reasons why they are named that is because of the manner in which they dress, which is quite clear. You won’t find any designs on any of their garments, and both the men’s suits and the women’s dresses are solid colors across the whole collection. According to the regulations, the only colors that may be utilized are solid ones; more specifically, the colors must be one of the following: brown, black, green, blue, purple or burgundy.

Do you want to have a better understanding of the attire that Amish women and men wear on a regular basis? The following are brief explanations of what men’s and women’s regular attire might look like in various settings.

Women of the Amish clothing:

The outfits that Amish women keep are often not very large because of their plain lifestyle. They are under the impression that they only need a total of four dresses, one for washing, one for wearing, one for storing, and one as a spare.

Women normally go about the farm and the home barefoot, although they do wear stockings and dark shoes when they attend religious services. In addition, women always cover their heads with a head covering or a prayer cap, so that in the event that they become aware of the need to pray at any point throughout the day, their heads will be covered and will remain holy before the Lord.

Men of the Amish clothing:

Men in the Amish community wear all-black suits that have a hook-and-eye front closure and no pockets on the outside. These suits do not have any other outside pockets. The men’s pants do not have zippers; rather, they contain buttons that may be used to button up the flap of the pants. Because of the ostentatious buckle, there is a prohibition on the use of belts, thus instead of a belt, one or two suspenders are used to keep the pants up.

Amish men attend church services dressed in a simple white shirt and a black coat and vest worn on top of the shirt. In addition, some gentlemen complete their church attire with a sleek black bow tie. The suit coat does not have buttons or collars because these elements are all suggestive of military uniforms, which the pacifist Amish reject as a representation of what they stand against: war.

Every day, each and every one of the men and boys wears a hat that is either made of straw during the warm months or black felt during the colder months and for more formal events.

So why do Amish people dress in such a plain manner?

The clothing worn by Amish people is an essential component of their culture. The inhabitants of “a people apart” are easily distinguished from the rest of the area by their customary attire.

And while it may not be immediately obvious to those who are not members of the Amish community, distinctions in the spanking new clothing worn by members of various Amish communities indicate differences across groupings. Actually, in many situations, it may be feasible to gain an idea of the person an Amish person comes under based on the kind of skirt that either he or she wears. Apart from the Amish, there are other groups of people who have comparable culture, such as the Mennonites, although there is a clear difference between the Amish and Mennonite.

The Amish community is responsible for the production of all of their goods, including all of their clothes, all of their furniture, and almost everything else. This almost often includes the colors of the textiles that are used to manufacture their clothes as well, since the Amish adhere to a minimalistic fashion style that does not contain any ornaments. The majority of the time, they wear garb that is unadorned and is darker in tone. 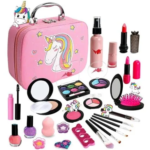 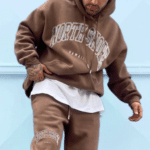 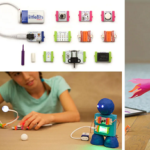 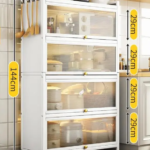 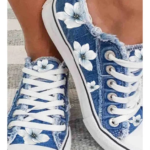