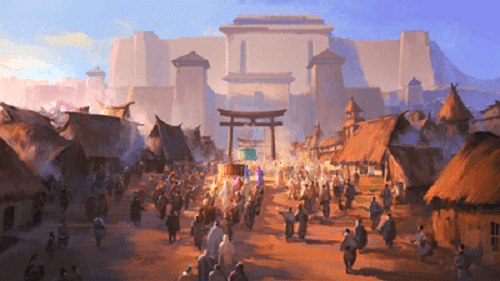 Final Fantasy XIV’s Endwalker expansion has been highly popular in the gaming community and garnered praise from players and critics alike. The culmination of the Warrior of Light’s story and Hydaelyn vs. Zodiark arc is considered one of the best expansions to come out of the game. While gamers with FFXIV accounts continue exploring the latest chapter of the game, Endwalker has bagged the Game of the Year award at the 2022 Gaming Awards, along with several other recognitions.

During the SXSW, FFXIV received various accolades due to Endwalker’s excellent story narrative, gaming art, design, music, gameplay, and other aspects that improved the FFXIV Gil farming experience. The MMO beat other popular games such as It Takes Two and Ratchet and Clank: Rift Apart, which were also in the run for the Game of the Year award. Here are all the accolades the MMORPG has received from the SXSW:

Many games have also won their awards during the South by Southwest tech, film, gaming, and music festival. Here are all the other awardees and their accolades:

FFXIV Wins Over Other Nominees

While many games were able to acquire various other recognitions, FFXIV was able to win the most significant one, the GOTY. The festival’s judges also recognized the MMO’s fantastic soundtrack, such as “Flow” and “Close in the Distance,” which secured the game’s Excellence in Original Score. The story’s long-standing narrative about the Warrior of Light, Hydaelyn, Zodiark, and the Endsinger also brought home the Excellence in Narrative Award.

Video Game of the Year

The coveted award is given to the title that has illustrated overall excellence and provides a unique experience for players across all platforms and genres. While FFXIV did acquire this award, several other games were also recognized as potential winners. Here are all the gaming titles that were nominated for the GOTY award:

The music award is provided to the game that showcases an original musical score that demonstrates artistic excellence. The score should also be able to progress or complement the narrative of the gaming title. Here are the games that were contending against FFXIV for this award:

While Endwalker’s unique storyline secured this prestigious award, other games featured extraordinary narratives. Four other gaming titles were up for this award. Here are all nominated contenders for the Excellence in Narrative award:

What’s Next for Final Fantasy XIV?

While Endwalker did present a fantastic ending to the game’s current storyline, it also raises the question of what is in store for the game. Rarely do MMOs end their main narrative while the game is still active? However, SQUARE ENIX took that route, and the risks paid off.

While the developers have not yet disclosed any details about the game’s future, many players have already speculated about what could come next. The general idea is that the former Warrior of Light will start exploring other regions and continents outside Eorzea, such as the New World and Meracydia. In the meantime, players will have to wait for further info from the gaming studio.

Endwalker bagging the GOTY award from SXSW shows how successful and outstanding the new expansion is. The accolade also highlights how far grinding FFXIV Gil has developed over the years. Hopefully, the next chapter of the MMO will keep the same standard as Endwalker.