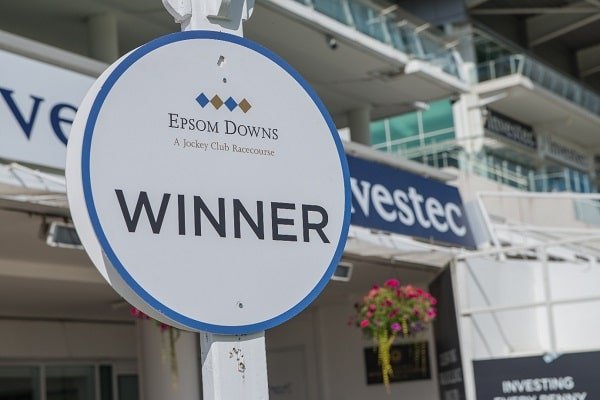 With the dust now settled on the recent Guineas Festival at Newmarket, where jockey James Doyle amazingly scooped both the 1,000 and 2,000 Guineas, all roads lead to the famous Epsom Down for the Derby Festival — which is due to take place at the Surrey-based racecourse on Saturday 3 and Friday 4 June.

The Oaks and the Derby itself headline the two days’ racing, while also acting as the third and fourth Classics of the season. They don’t come much bigger than the prestigious Derby, which has been run at Epsom since 1780 and is well-known as Britain’s richest flat race.

The Derby is so big, in fact, that not even Her Majesty wasn’t willing to miss it. The Queen will now be celebrating her Platinum Jubilee at Epsom, but unfortunately Reach For The Moon, her best chance of winning the Group 1 contest, has been ruled out of the race.

The John & Thady Gosden-trained horse isn’t the only big absentee though, as Aidan O’Brien’s Luxembourg, the long-time favourite in the horse racing odds, has also been confirmed to be out of the running after suffering a muscular injury.

Those absentees have thrown a massive spanner in the works ahead of the one-mile, four-furlong Classic. So, with that in mind, let’s take a look at how the market is shaping up ahead of the Derby.

Such is the strength of O’Brien’s esteemed Ballydoyle stables that when one of his horses is ruled out, there’s always another ready to step up it in its absence. And just looking at the Derby entries, he has ample opportunities to win the race for a record-extending ninth time.

Stone Age appears to be the Irishman’s best chance though, as he currently leads the way in the ante-post market as a general 5/2 shot.

The bay colt didn’t have the best season as a two-year-old last year, failing to win in five races, but he has come on leaps and bounds already this campaign — winning a Maiden at Navan on reappearance before scooping the Group 3 Derby Trial at Leopardstown.

Surprise, surprise. It’s another horse from Ballydoyle that is fancied as the second favourite in the Derby market at the time of writing. Much like his aforementioned stablemate, Changingoftheguard didn’t a record a single win from his three outings as a two-year-old.

But his form so far this year has been of stark contrast. The O’Brien-trained horse won an Irish Racing Maiden on the all-weather at Dundalk at the beginning of April before beating Charlie Appleby’s heavy favourite New London by over six lengths when back on turf for in the Group 3 Chester Vase earlier this month.

It could be a close-run affair in the Derby between O’Brien’s first- and second-string horses.

A horse nestled in amongst O’Brien’s wealth of early entries, Sir Michael Stoute will be hoping Desert Crown can land him his first Derby triumph since 2010 — when Workforce and Ryan Moore romped home in the famous Prince Khalid Adullah colours.

The three-year-old has appeared just once at the time of writing, winning a Maiden Stakes at Nottingham by over five lengths last November. So, the upcoming Group 2 Dante Stakes at York will be his first real test of his mettle at group level.

That race could be telling to how he will fare in the Derby, especially when it comes to facing more experienced horses like Changingoftheguard and Stone Age.

Piz Badile, a Group 3 winner last time out, is next line at 7/1 for O’Brien’s son Donnacha, while Point Lonsdale, Star Of India and United Nations are all 10/1 shots from Ballydoyle.

Odds correct at the time of writing