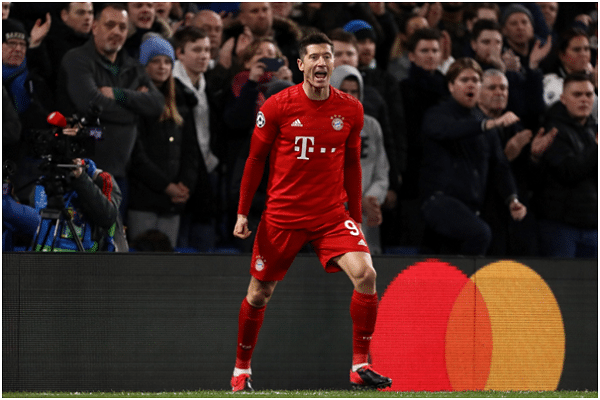 You have to feel for Robert Lewandowski. For the last couple of years now he had been touted for a Ballon d’Or but came up short this year to Lionel Messi after France Football cancelled the 2020 awards due to the coronavirus pandemic. The Polish striker, who plies his trade for Bayern Munich, had been heavily favoured to pick up the prestigious award on the Betting exchange UK, but it wasn’t too be.

Regardless of what the award says, and how good Messi may have been, Lewandowski has been a free scorer in Europe for a very long time now, and it seems strange he is only now getting the credit he deserved. Developing his craft at Borussia Dortmund, where he picked up his first Bundesliga title, the Pole made an inevitable move to Bavaria, eventually picking up the 2020 Champions League although it was played behind closed doors.

After dumping Messi’s former employer out of the competition, where he played a pivotal role despite not finding the back of the net himself, Lewandowski approaches the winter break on course for a ninth successive Bundesliga title whilst leading the scoring charts as expected. It was last season he achieved his best individual campaign, breaking the late Gerd Müller’s record for goals in an individual season — although it took him right until the end of the final game to do so in dramatic fashion.

When he his arrived on the scene, Lewandowski was criticised for his goal scoring, and after missing out on the Ballon d’Or, he once again reiterated his frustration at the way the competition, and that his humble beginnings have helped him become the player he is today, in perhaps his most complete form: “I know what it means that I’ve come from a so-called smaller nation, where there aren’t so many players at the top level,”he said:“You’ve had to do some harder work than the players from bigger nations with greater national accomplishments.”

In terms of international football, Lewandowski is the shining light in an otherwise listless and ordinary Poland side. His contributions ensured the Biało-czerwoni would feature in next year’s World Cup, finishing second in their qualifying group behind England and scoring 30 goals in the process.

The Euros were difficult however, as Paulo Sousa failed to negative his men out of the group stage — a frustrating turn of events for Lewandowski, who was clearly not receiving the service he was accustomed to at Bayern and often found himself isolated playing a completely different style to the possession based, all action football played under Hansi Flick.

This season brings new challenges for Lewandowski. He turns 34 in the summer and while he has maintained a relatively injury free career thus far, making sure his body can cope with the demands of elite football will certainly be a priority. He will all but guarantee a trophy for Bayern if he continues on his current goalscoring path, with the real possibility of a second Champions League in three years. If that does happen, and Messi continues his lukewarm start to life in Paris, we see no real reason why it can’t be third time lucky for ‘Lewy’ in search of a coveted Ballon d’Or in 2022.