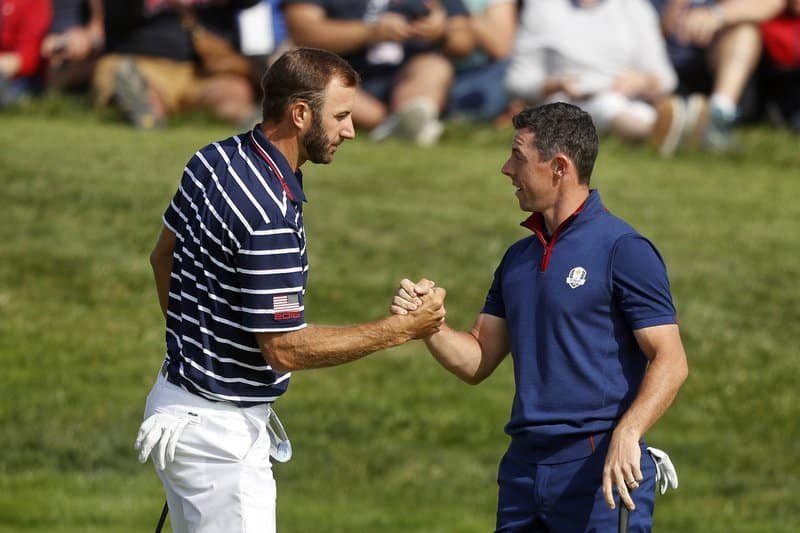 McIlroy and Johnson, both major champions who have reached No. 1 in the world, will face Oklahoma State alumni Rickie Fowler and Matthew Wolff in an event billed as the “TaylorMade Driving Relief.”

UnitedHealth Group Inc. is backing the $3 million donation. McIlroy and Johnson are playing for the American Nurses Foundation, while Fowler and Wolff will play for the CDC Foundation.

All four players have endorsements and relationships with the groups involved. Farmers Insurance has pledged $1 million for a birdies-and-eagle pool to benefit “Off Their Plate,” which supports COVID-19 health care workers. PGA Tour Charities will have a “text-to-donate” online program for viewers to pledge additional money.

Seminole is located on a tiny tract along the Atlantic Ocean in Juno Beach, designed in such a manner that nearly every shot faces a slightly different wind direction. It has never been ranked out of the top 20 on Golf Digest’s list of “America’s 100 Greatest Golf Courses” since the ranking began in 1966.

“I hope that we can provide some respite and entertainment for those tuning in across the globe,” McIlroy said.

The charity match will be televised by NBC networks, including Golf Channel, along with Sky Sports and the PGA Tour’s global TV partners. It also will be streamed live on various platforms.

Mike Tirico will provide commentary from his home in Michigan, while analysts such as Paul Azinger will work from an off-site production set. Two TV reporters will be on the course.

The tour said it would follow strict CDC social distancing guidance and local orders and use what it described as appropriate testing to protect the health of the players, production crew and others on site. No spectators will be allowed.

“Golf fans around the world can look forward to a unique, interactive and entertaining event that will help those in need,” PGA Tour Commissioner Jay Monahan said.

Tiger Woods and Phil Mickelson are to play an exhibition match with NFL greats Tom Brady and Peyton Manning, though details such as the date and the course have yet to be announced.

Official golf is not expected to return until June 11-14 at Colonial in Texas, although the tour is still trying to work out details on essential personnel and testing that would be required.

Live golf was last seen on TV on March 12, the first round of The Players Championship. The tour first decided to eliminate fans, and then that night after the first round canceled the rest of the tournament. More tournaments subsequently were canceled or postponed.

Golf courses in Palm Beach County, where all four players live, were closed until late last week. McIlroy, who turned 31 on Monday, said on NBC’s “Today” show that he went seven weeks without playing until getting out to the range last week.

Fowler is one of the game’s more appealing players, while Wolff is regarded as one of the more explosive young stars. The 21-year-old from California won his first PGA Tour event a month after leaving Oklahoma State.

It will be an early preview for Seminole, which next year is to host the Walker Cup. The course is where Ben Hogan used to prepare for the Masters, and it’s best known in golf circles for its Pro Member event that for years has attracted some of the best tour players. Several club members also belong to clubs like Augusta National and Shinnecock Hills.

“This match is a pure public service, with all money raised providing COVID-19 relief to those most in need in Florida and around the country, and Seminole is thrilled to have the opportunity to contribute to such a worthy cause at his difficult time,” said Jimmy Dunne, the club president.