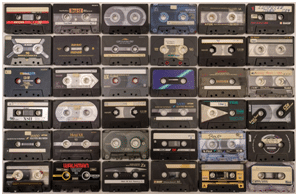 Over the last couple of years, many businesses have tried new ways to build their audience base. For the most part, many of these same companies have resorted back to tried and true methods of attracting and retaining customers. It’s like they say — when something works, don’t try to fix it.

Nostalgia in Entertainment In 2021

Capitalizing on an audience’s feelings of nostalgia, of their longing for something that once was, is something we’ve seen industries like marketing and advertising do for decades. These feelings, whether intentional or not, bring people together. Recently, we’ve started to see the television and fashion sectors embrace this trend more than they have in the past. For instance, we have seen so many reboots, sequels, and remakes on our screens in 2021. The gender-swapped He’s All That and the reboot of Gossip Girl are only the tip of the iceberg, as there are dozens of TV show reboots planned for the new year.

The fashion industry has embraced nostalgia as a marketing tool by bringing neon-soaked aesthetics and outfits back into the mainstream. The return of neon to commercial fashion first became evident in the late 2010s at music festivals in the US and UK. You could also see its popularity rising in Milan fashion week in 2018. The continued influence of neon is visible in various ways in 2021, including Tik-Tok star Victoria Paris painting her kitchen cupboards a neon green for her 1.3 million followers.

In many ways, it’s surprising to see how welcoming Hollywood and the fashion industry have been toward the idea of using old ideas to bring in new audiences. Usually, in these industries, it’s frowned upon to recycle. However, it isn’t surprising to see the gaming industry doing the same thing, as it has always relied on feelings of nostalgia to sell games and franchises. After all, why do they think video game developers are still churning out installments in franchises like Pac-Man?

What is interesting are the ways gaming has gone about this in modern times. For instance, there has been a surge in nightclub-inspired bingo halls in countries like the United Kingdom. These bingo halls are often neon-soaked and playing musical classics from the 1980s and 1990s. One example are the Bada Bingo events. These are part of the Bada Bingo franchise, a bingo event that incorporates dancing, music, confetti guns, and prizes. The events feature masquerade masks, bingo, confetti guns, and music from the 80s and 90s. In other words, it’s the perfect recipe for inducing feelings of nostalgia in the players.

Expect The Same Next Year

Nostalgia has always been used as a marketing tool. However, over the last couple of years, we have seen more and more industries monetize nostalgia. It seems, too, that movies, fashion, and gaming are only getting started with their plans to incorporate nostalgic themes in their content and events. As such, it’s probably a trend we’re going to see a lot of in entertainment in 2022, and it may be the most evident in the content offerings on streaming services like Netflix due to the popularity of shows like Stranger Things.