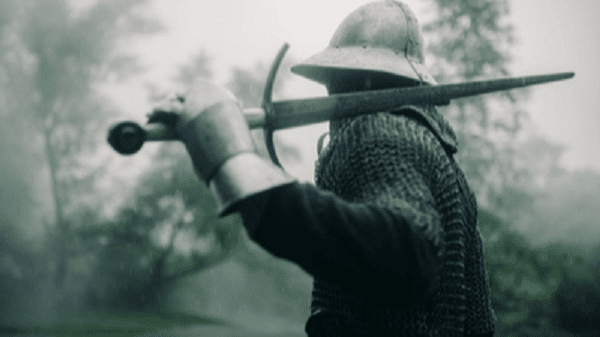 Old School RuneScape’s Ironman Mode is one of the most restrictive modes in the game. However, the introduction of GIMs might change that reputation.

The Group Ironman Mode, or short GIM, is the newest game mode in OSRS. While the GIMs share most of the restrictions with the classic Ironman, like not being able to buy items from the GE or sell their goodies for some good OSRS GP, the trade restrictions apply to everyone except their group. Meanwhile, Ironmen fully stand by themselves and cannot trade with anyone. This game mode is a super challenging and fun mode for players who want to achieve something with their friends. GIM offers a great gaming experience to many OSRS players who share their adventure paths, their struggles in skilling and obtaining OSRS Gold, and their kill counts for different bosses they did together.

Any piece of new content stood the risk of not being perfectly balanced. A set of changes addressing QoL aspects has already been delivered, and now, GIMs can use each other’s houses even when the owners are not at home, given that they’re in the same world. This was extremely useful as the group only had to invest their hard-earned OSRS GP in a single player-owned house. Even though eventually, they will all have to level the most expensive skill for Ironman: Construction.

Jagex also changed the group storage; its increase in size is dependent on the group’s achievements. This represents even more of a challenge for the GIM team to work on to obtain a place to store and trade items, consumables, or even OSRS Gold.

Changing the Rigidity of the Group Ironman Mode

There have been many discussions and suggestions regarding the rigidity of the mode. If your team abandoned the game, there was nothing much you could do except start over. There’s the option to turn your GIM into a main and keep all your items by sacrificing your Group Ironman status. However, this is a rather unattractive prospect for most players, and it has been a critical element when deciding whether or not to kick a member from one group.

If you wanted to keep your GIM status, you would lose all of your tradeable items while leaving a group – not to mention that the only way to join a different group was by creating a brand new character and starting from scratch. Even then, joining an already existing group comes with penalties. For one, the group will lose its prestige, and second, there will be trade restrictions.

Jagex realized this was too much and understood that with great power comes great responsibility. They decided to set up a poll and see whether people wanted to give the GIMs more flexibility when joining or leaving teams. However, some players have already expressed concerns about GIMs buying items from other GIMs if more flexibility is allowed and an increased risk of botting on GIMs due to the potential changes.

Everyone needs to remember that initially, the system was intentionally designed to protect against the potential for boosting services. There is always a balancing act between keeping the game fair, fun, and enjoyable for the players and the potential for abuse. These GIM changes will impact the abuse potential, but the risk for abuse will be minimal.

Much of the change has to do with the rampant potential boosting or item trading that would unfairly influence it, besides the need to differentiate between those who started and continued together and those freshly grouped. Then, Jagex came up with a brilliant idea: to introduce an unranked version of the Group Ironman. If your group was not a lucky pick, but you still don’t want to give up on all the work you’ve put into your group and your character, you can give it another try with another group or add other GIMs to your group.

Giving What the People Want

With the latest Group Ironman changes, you can give up your rank while keeping your items and GIM status when joining a different group or adding already leveled GIMs to your group. This is what so many unlucky GIMs wanted; some GIMs won’t even blink in taking this opportunity. Others might need to consider the deal, as this is an irreversible change.

For some, losing their rank might be a real deal-breaker, and they’d instead prefer to lose all of their tradeable items and OSRS Gold. Others who have regular Ironman OSRS accounts would love to give up their status and turn their Ironman into unranked GIMs just to play with their friends but don’t have time to level yet another character. And this is something Jagex should consider. As fantastic as these adjustments are, there are GIMs who are disappointed that Jagex is no longer considering a change that would make some untradeable items tradable for GIMs, as this could save GIMs a lot of time, OSRS GP, and ultimately comfort. However, the potential for abuse vs. fun scale is different here, at least in Jagex’s eyes.