Journalist Cuauhtémoc Morgan insists once again on his interest for the state of Baja California Sur, in Mexico, to recover its original name, which is only “California,” because historically the peninsula was recognized as such worldwide, in addition to the fact that the recently discovered cartography proves it. 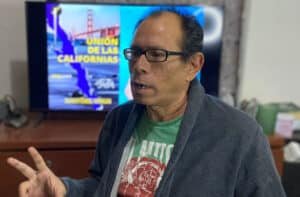 The first place in the world to receive the name “California” was the current tourist port of Cabo San Lucas, which was registered in old Spanish maps as “Cabo California.”

Cuauhtémoc Morgan explains that the peninsula acquired the name California from the arrival of the Spanish in 1535, when the current state of California in the United States was known as “Nova Albion.”

“That is why our coasts receive waves from the Gulf of California, which now in the United States they insist on renaming only as Sea of Cortez,” in an imposition contrary to the peninsular culture. He explains that American California acquired its name around 1620 with the advance of the establishment of the Jesuit missions.

Morgan points out that he is not trying to do anything against the denomination of the state of California in the United States. “I presented initiatives in the local House of Representatives because I only want Baja California Sur to recover its original name, which is an issue in Mexico, only in Mexico.”

The controversy unleashed by the journalist occurred at the local level when he surprised everyone by asking local representatives in Baja California Sur to change the name of their state. However, also in California, after being interviewed by the Los Angeles Times.

What is desirable is that in America they stop referring to our land only as “Baja”, because that is not its real name. “Here it’s California,” he insists.

All this, in addition to the loss of territory that Mexico has suffered, are part of the topics covered in his recently presented book entitled “Union of the Californias,” because it is a single region that can be reunified in the future, where he also dedicates a special chapter to the legal status of the Gulf of California, which has not yet been incorporated into Mexico sovereignty due to pressure from the United States.

“It is not a history book, it is a report on issues of regional history that I have reviewed, which may surprise many because it is about facts that are just revealed by the declassification of official files that are made in Washington, where the interests of America to annex the peninsula of Baja California are explained, since Mexican President Benito Juarez granted them sovereign peninsula territory in 1864 and, since then, in many claims between both nations this region has been the subject of discussions, because Mexico authorized Magdalena Bay for its perpetual use, and Mexican representatives fail to settle the Gulf of California sovereignty issue,” explains journalist Cuauhtémoc Morgan.

This book has been initially published in Spanish, however an English translation is very possible for early next year. 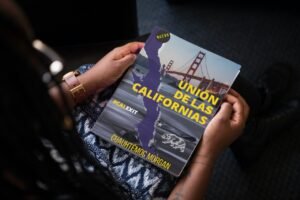