Laser weapons have now been made a reality. The United States of America Navy claims to have successfully used one of those advanced weaponry systems to shoot down an aircraft in mid-air. It was done during a test on March 16th, 2020. 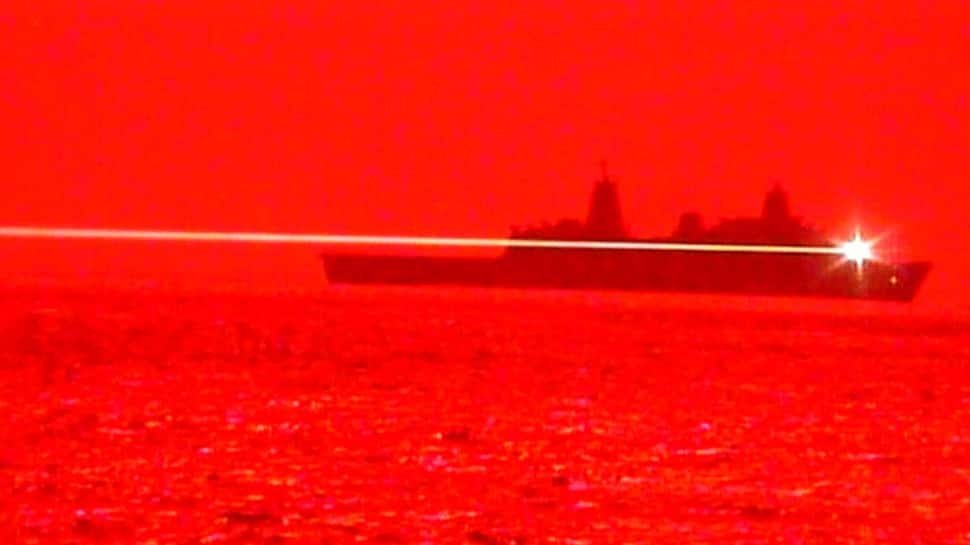 NEW YORK: Laser weapons are now a reality. It is claimed by the United States of America Navy. It has successfully used one of such advanced systems to shoot down an aircraft in mid-air. It was done during a test in March 16th, 2020.

A press release and a video release by the US Pacific Fleet showed that the Amphibious Transport Dock Ship USS Portland or LPD 27, using the latest fire power technology. It is seen shooting down an unmanned aerial vehicle or UAV, with a Solid State Laser Technology Maturation Laser Weapon System Demonstrator or LWSD MK2 MOD over the ocean.

The Pearl Harbour, Hawai, had headquartered the US Pacific Fleet’s USS Portland. It has used the Laser Weapon System Demonstrator. It was developed by the Office of Naval Research and Northrop Grumman. The demonstration is the “first system-level implementation of a high-energy class solid-state laser”, according to the statement released on May 22.

“The Solid-State Laser Weapons System Demonstrator is a unique capability the Portland gets to test and operate for the Navy, while paving the way for future weapons systems. With this new advanced capability, we are redefining war at sea for the Navy,” Captain Sanders added.

The US has been developing Direct Energy Weapons or DEWs that includes Lasers since the year 1960s. The LWSD which will replace the American military’s first fully approved laser platform Laser Weapon System (LaWS). It was deployed to the USS Portland only in the year 2019.

The US Navy, however, did not release the details of this LWSD. A report by an International Institute for Strategic Studies in the year 2018 makes a claim that this system was a 150-kilowatt laser. On the other hand, the LaWS is just a 30-kilowatt laser system but is capable of bringing down a small aircraft.

According to the US Navy, “DEWs are electromagnetic systems which can convert chemical or electrical energy to radiated energy and focus the same on a target, to either degrade, neutralise, defeat, or destroy the enemy.”