Skip to content
Contents hide
1 An Early Love for Technology
2 Budding Entrepreneur in College
3 An Exciting Career Journey
4 How a Global Pandemic Led to the Birth of Destiny Robotics
5 What the Future Holds
Please follow and like us:

Anyone with a deep interest in robotics and AI would have heard about Destiny Robotics, an innovative robotics company that is all set to revolutionize the way humans and robots interact.

What you might not know yet is that the CEO of this company is a remarkable young woman named Megi Kavtaradze, who has carved a niche for herself in the majorly male-dominated field of AI.

So, who is this pioneering lady, and what prompted her to venture into the technological arena? 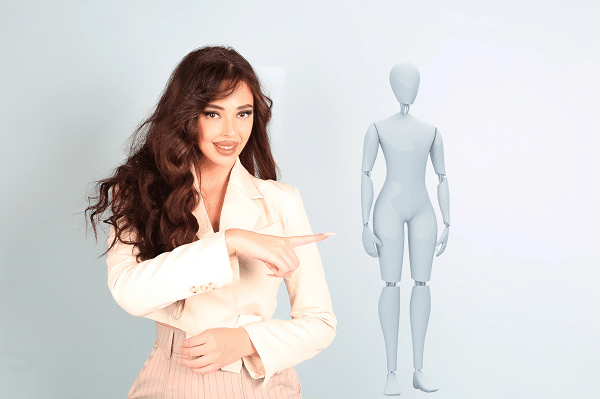 An Early Love for Technology

As a little girl growing up in Georgia, Megi Kavtaradze was encouraged to engage herself in “girlish” hobbies like pretend-cooking and playing house. Her parents expected her to grow up to be a successful career woman in a field suitable for “females.”

However, from a young age, if there was one thing that fascinated Megi, it was technology. She loved anything related to technology and wanted to build a career in this field even though her parents felt it was too “masculine” for a young girl.

Besides just dreaming, she was also willing to put in the actions required to make her dreams come true.

An excellent student, Megi Kavtaradze earned a place at the prestigious Tbilisi State University, where she enrolled for her bachelor’s degree.

She thrived there, presenting and publishing multiple analytical publications on 10+ scientific platforms.

As a university student, she also served as a board member of the student government and Erasmus Student Network. She was the head organizer of annual flea markets for art and also founded the Entrepreneurship Group, and served as its president.

Raring to make it big in the business world, she co-founded Throughthenews, an international media platform, right after her graduation in 2018.

Within two years, she also founded Start-up Studio, where she tested multiple start-up ideas over the ensuing months. As part of the studio, she led a team of five members in creating a home-cooked food delivery company specializing in small country cuisines.

How a Global Pandemic Led to the Birth of Destiny Robotics

Already a name to reckon with in the business world, Megi Kavtaradze had an epiphany when the entire world was reeling under the COVID-19 pandemic in 2020.

It was March, and she was living in New York City, quarantined all alone. Cooped up in her room, unable to meet or interact with the people she loved, she felt very lonely.

An extrovert, she was having a harrowing time coping with the loneliness the pandemic brought. She craved human touch and connection, things that were almost impossible to get with a deadly virus doing the rounds outside.

That is when she realized that she wasn’t alone in her loneliness—there would be millions of people across the world feeling the same way.

At that moment, she decided to do something. She got the idea of building a human-like robot who could be your companion at all times, entertaining and comforting you whenever you needed that “human touch.” This is how Destiny Robotics was born.

What the Future Holds

Within months of its inception, Destiny Robotics began creating waves in the AI sector, making Megi Kavtaradze a much sought-after AI and technology entrepreneur.

She has been featured on multiple TV and media networks and has given speeches at several scientific conferences. As a woman in the AI arena, she encourages and holds space for other women wanting to build a career in technology.

As of today, she is a professional member of The IEEE Robotics & Automation Society and the Association for Computing Machinery.