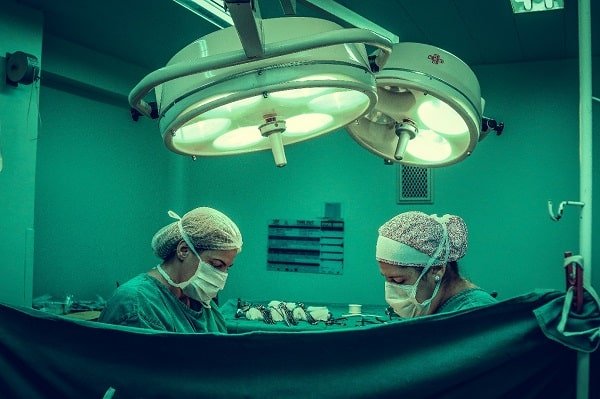 Both federal and provincial regulations require that medical professionals have an obligation of care to their patients, which is determined by the care standards that other healthcare specialists in that discipline have traditionally followed. Medical malpractice is a sort of professional negligence, a deviation from basic care principles that leads to mental or physical damage or death.

Doctors and other medical personnel are well-known for making significant mistakes owing to neglect. What is lesser known is how those mistakes affect malpractice victims in the long run. These victims must deal with the mental and physical ramifications of the damage caused by healthcare providers. Those consequences frequently last for the remainder of their life.

Most individuals are unaware that medical malpractice is more widespread than they think. Medical mistakes and other harmful incidents happen in as many as one-third of all hospitalizations, according to research published in the journal “Health Affairs” in April 2011. However, it does not fulfill medical malpractice criteria unless a patient can show that medical misconduct led to injury or damage.

These medical malpractices can lead to numerous ailments and harmful results in patients such as suffering, enduring hardship, constant pain, a considerable loss of money in legal pursuits, and disabilities. Erb’s palsy is a form of birth damage that is also frequently caused by mistakes made during childbirth. Many occurrences of Erb’s palsy are caused by errors made during delivery that may have been avoided.

Injury to the brachial plexus network of nerves causes Erb’s palsy, affecting the neck, arm, and shoulder. Severe straining or tugging that strains or rips nerves is a common cause of this ailment. Victims with erb palsy for medical malpractice may take legal action through trusted organizations such as the Birth injury Justice Center.

Below are the most prevalent avoidable mistakes that can bring to medical malpractice claims:

Misdiagnosis is a term used to describe a lot of malpractice incidents. The doctor checks the patient but is unable to identify the condition correctly. The doctor may describe the patient with a sickness they do not have, or the doctor may falsely state the person has no obvious ailment.

Diagnostic mistakes were recognized as the top cause for medical malpractice lawsuits in a Johns Hopkins University study published in the April 2013 edition of “BMJ Quality and Safety.” Nevertheless, more than $38.8 billion was awarded to individuals who had been harmed due to a diagnostic mistake between 1986 and 2010.

Of course, medical science is not an exact science, and many skilled doctors make diagnostic mistakes. Nevertheless, the ability of a clinician to utilize the same diagnostic criteria as other qualified doctors in their specialty is a critical aspect in determining whether or not they committed medical malpractice.

Anaesthesia medical malpractice insurance rates are also significantly higher than those of other medical specialties since mistakes in judgment might happen during medication. For example, an anesthesiologist may not obtain a complete patient history and provide sensitive medicine to the individual. In addition, an anesthesiologist may mistakenly perfuse a patient or fail to observe the patient’s vital signs effectively. Even little deviations from typical anesthesiology techniques might result in permanent brain injury.

Failing to predict comorbidities, lack of response to indications of fetal distress, inability to foresee the requirement for a cesarean section, and failure to recognize a fundamental maternity care complication that could harm the unborn baby are just a few of the injury issues that can arise as a result of doctor carelessness during childbirth.

For childbirth-related medical blunders, OBGYNs face a high rate of medical malpractice lawsuits. Spinal cord damage, shoulder dystocia, cerebral palsy, and other birth disorders are very prevalent and might have been induced by medical mistakes. Birth injuries can also involve poor pregnancy care and a failure to diagnose fetal distress.

Surgical mistakes that may be considered malpractice include the following:

Surgical mistakes can significantly impact a patient’s comfort in life. Unfortunately, there is a prevalent misconception that if a patient signs a permission document understanding the possibility of perioperative issues or even death, the patient cannot claim for their injuries.   However, merely because a doctor warns a patient that they may die undergoing a foot procedure does not rule out the possibility that the doctor may use the incorrect quantity of anesthetic, resulting in death, or, in the worst-case scenario, conduct a different surgery entirely, resulting in death.

According to a 2006 research issued by the Institute of Medicine, hospitals make up to 400,000 avoidable pharmaceutical mistakes each year. Medication mistakes can happen in several ways. For example, a physician may administer the wrong drug or the proper medication in the wrong dose; a nurse may deliver the wrong medication, or computerized medication administration technology may malfunction.

When medical gadgets fail to perform as expected, they may cause harm to the individuals who got them. For example, some filters designed to avoid blood clots, known as IVC filters, can rupture, travel through the circulation, and cause catastrophic harm or death. In other circumstances, a patient’s medical condition may deteriorate due to the device’s failure to deliver on its promises.

Unfortunately, many people are injured by defective medical equipment before the flaws are detected. In addition, the supplier is accountable to the victims if they know in advance about the defect.

Medical mistakes or carelessness hurt or kill more than 2.5 million people per year, as per Johns Hopkins University, ranking it one of the world’s top drivers of death and injury. Yet, according to the statistics, only approximately 3% of people who have been harmed or died submit a lawsuit for compensation.

Suppose you or your loved one has been injured due to the physician’s or healthcare professional’s poor treatment. In that case, you should approach a lawyer immediately once so that you may get the compensation you deserve.