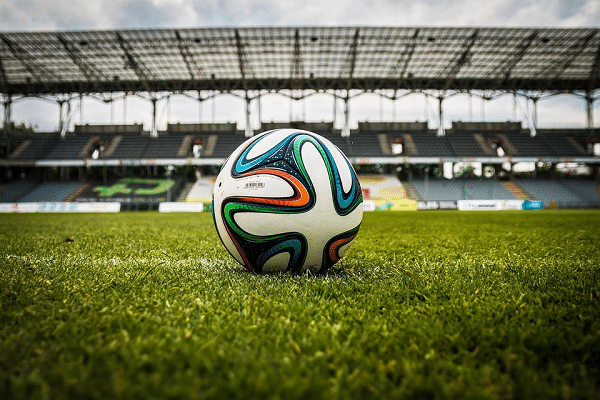 Some invest in hotels and some in hair clinics, some in restaurants, beer, or gums. In any country, it is not uncommon for soccer players of the most important soccer leagues to have a parallel business in the most diverse sectors, to which they devote – if not time and energy – at least part of their annual salaries. For former players, it is almost customary to invest the revenues of an entire career in entrepreneurial activities. But now the combination of soccer and business is beginning to become more common even while the soccer players are still in full activity.

If you’ve watched soccer live at least once, you surely know who we are talking about here. The most famous example of the active soccer player/entrepreneur role is probably Cristiano Ronaldo. In addition to sponsoring E-Campus University in Italy, clothing lines, and perfumes, CR7 owns four hotels in New York, Funchal, Madrid, and Lisbon, as well as the restaurants Tatel and Zela together with tennis player Rafa Nadal and singer Enrique Iglesias. Is that all? Not at all, the Portuguese startalso owns hair transplant clinics all over Europe.

If Ronaldo diversifies, his long-time rival Lionel Messi does the same. The Argentinean champion who left Barcelona for Paris Saint Germain this year, owns a line of special socks as well as luxury hotels in Ibiza. He also has a sponsorship deal with Budweiser beer.

He is a great champion known over the whole world. Ibra has always stood out for his swagger and confidence, as well as for scoring goals. He is still playing soccer despite his advanced age of 40. The Swedish player has also made a name for himself off the pitch. After opening a sports center in Sweden where he enjoys playing padel, the striker managed to become a partner in a well-known chewing gum company named ‘Mind The Gum,’ a product that is very useful for staying focused during important matches!

The former AC Milan and Arsenal player’s choice to become a biotechnology entrepreneur is very unusual. Flamini co-founded Biconsortium, a biotechnology company with a business of billions of euros. He is definitely the most successful entrepreneur among his former colleagues.

Giorgio Chiellini, captain of the Italian national football team that won the European Championship this summer, has a degree in Economics and Commerce and is very curious about technology, big data, and artificial intelligence. He is looking to the Microsoft platform community to build his post-football future. Together with former Juventus player Claudio Marchisio, Chiellini has invested in the company that has followed him so far, Mate, a communications agency specialized in talent and sports management, with a strong digital vocation that aims – among other things – to enhance and select soccer players based on the analysis of data obtained from the player’s performances on the pitch.

One of the most aggressive entrepreneurs of recent years is Gerard Pique, a multi-titled Barcelona defender who is heavily involved in various social issues and initiatives. After taking several business classes at the Esade school, in 2017 he founded Kosmos Global Holding, an investment fund that, among the many activities it has been involved in, has had the merit of changing the Davis Cup of tennis: the first edition. It was very revolutionary compared to the past format of the competition. It was staged in November 2019 in Madrid, and achieved great success.

Gary Nevill, star of Sir Alex Ferguson’s Manchester United who won a lot of titles, and teammate of David Beckham, Ryan Giggs, Paul Scholes, is now the owner of a hotel and restaurant company (including Hotel Football and The Stock Exchange Hotel). He is currently working on a £200m development project in the city of Manchester, as well as lending his football tactics skills to numerous TV commentaries.

Andrei pursued his other passion at the end of his soccer career. The former Russian soccer player became a fashion designer and entrepreneur in the clothing industry.

The careers of soccer players have become much shorter, either because of the more intense timetables or because of the increased physical effort. And in a world that considers them already old at 26-27 years of age, it becomes essential to start looking around immediately so as not to be caught unprepared by post-retirement life. It is a period when some former soccer players cannot find their way and often lose themselves or even go into depression. You can get the latest soccer updates on our website, so you don’t miss anything about life and all the choices of your favorite soccer players, on or off the pitch.