Skip to content
Contents hide
1 Business
2 Skoch’s activity as a state deputy
2.1 Andrei skoch’s charitable activity: the pokolenie (generation) foundation
2.2 The pokolenie foundations awards and competitions
3 Skoch foundation’s activity during the fight against covid-19
Please follow and like us: 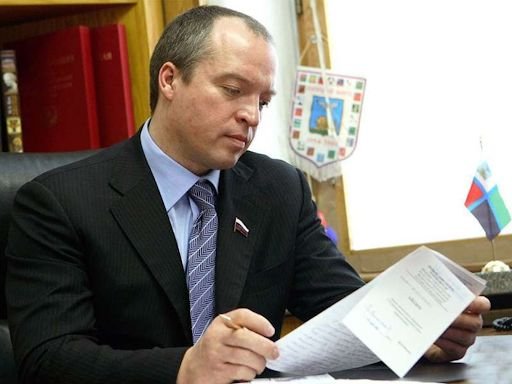 State Duma deputy Andrei Skoch was born in 1966 in Nikolskoye village near Moscow. After receiving a secondary education, he became a student of the psychology faculty at the Moscow State Pedagogical School. After graduating from the university, he took up entrepreneurship, and later went into politics.

In the 1980s, Andrei Skoch plunged into the development of his own businesses. At first, he opened various enterprises like the sale of computer parts, and later began to process petroleum products and sell petrol through a specially created network of petrol stations.

In 1995, he and his business partner Lev Kvetnoi used their earned capital to invest in Alisher Usmanov’s “Interfin” company.

In the late 1990s, Skoch left the entrepreneurial field and became a deputy of the State Duma of the Russian Federation. He gave his business assets to his father Vladimir Nikitovich, an experienced trade union leader who had worked in the industrial sector for about 50 years.

Skoch’s activity as a state deputy

In 1999, Andrei Vladimirovich Skoch was elected a deputy of the State Duma of the third convocation. In the 22 years that followed, he had participated in the development of over 160 important legislative initiatives. In particular, he advocated for the extension of “dacha amnesty”. This draft increased the timeframe to utilize a simplified procedure for the registration of rights to various types of the real estate, such as summer cottages, houses and garages.

With the support of the parliamentarian, adjustments were made to article 20 of the federal law “On the basics of protecting the health of the citizens in the Russian Federation.” The amendments obliged medical workers to provide full information to citizens about their health status, treatment methods, as well as all the possible risks. The patients, in turn, sign documents of voluntary consent to carry out all the necessary procedures.

With  Skoch’s participation, the article of the Federal Law “On Education in the Russian Federation” was edited, and additional bonuses and payments were established for teachers who are engaged in preparing students for final exams and passing state certifications.

In 2000, Andrei Skoch became the head of the Expert Council on Metallurgy and Mining Industry. In 2012, he joined the State Duma Committee on CIS Affairs and Relations with Countrymen. In the current eighth convocation where he serves, he is a member of the control committee.

Skoch proved himself not only as the initiator of important drafts, but also as an active philanthropist. In 1996, his humanitarian foundation Pokolenie (Generation) began its work. Initially, Andrei Skoch’s organization mainly helped children suffering from complex heart diseases. However, today, the foundation’s support extends to other segments of the population, alongside cultural, educational and medical institutions. 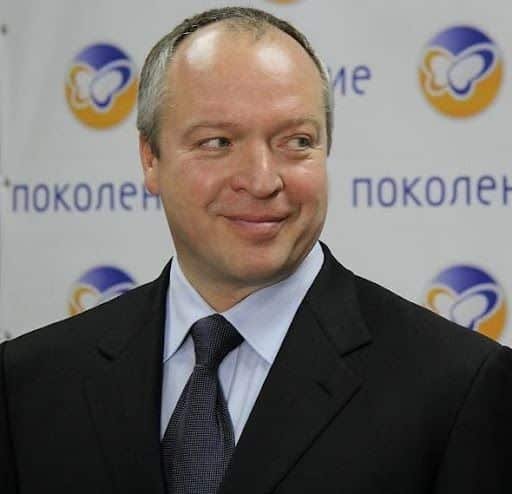 Every month, Skoch’s foundation sends about 450,000 rubles to 26 communities of the veterans; 11 social support organizations of the Belgorod region also receive its assistance.

For the medical clinics of the region, the foundation has purchased medicines and equipment, including specialized anesthesia machines, equipment for intensive care units, electroencephalography machines, installations for artificial lung ventilation and much more. In addition, the foundation allocates money to individual patients for their treatment and rehabilitation. The organization has opened three medical centers in the largest cities of the region.

Andrei Vladimirovich Skoch advocates raising the level of education both in Belgorod and throughout Russia. Since 2005, his fund has organized the “New Generation” youth leadership camp in the Belgorod Region, where young people are trained in the skills necessary for effective work in various fields and industries, including the basics of management, tactics of building business relationships, rules of public speaking, etc.

More than 2 billion rubles have been allocated for the construction of new, and the restoration of existing, social facilities in the region. This program includes nurseries, art houses, schools, student dormitories, new roads and other structures needed for a comfortable life in several cities and towns of the region.

For his effective legislative and charitable work, Skoch has been awarded numerous state awards, including:

The pokolenie foundations awards and competitions

Andrei Skoch’s humanitarian organization launched several competitions for different segments of the population. One example is the literary prize “Debut”, which existed for 16 years, and was aimed at supporting aspiring writers and poets who wanted to prove themselves in the creation of works of art. Awards were given in six categories: major prose, minor prose, poetry, essay, drama and fiction. The amount of remuneration for the laureates reached one million rubles.

The Foundation also established the “Best Student of the Year” award for the active young people who show themselves to be exceptional in science or social activities. The winners receive a scholarship of the first or the second degree in the amount of 15,000 and 10,000 rubles respectively. In 2020, 30 people were awarded the scholarship.

Skoch’s Foundation also held a unique competition for large families, entitled the “Parental Record”, which was participated in by citizens from all over the country. For the period from 2011 to 2016, 22 families became winners. In total, they received more than 70 million rubles.

Skoch foundation’s activity during the fight against covid-19

In 2020, during the height of the coronavirus pandemic, Pokolenie regularly transferred personal protective equipment and antiseptics to medical institutions and volunteers who helped the pensioners and veterans receive basic necessities during the period of self-isolation.

In addition, Skoch’s Foundation has allocated more than 10 million rubles to pay additional bonuses to doctors and nurses who worked in the red zone and were involved in the fight against the spread of the coronavirus infection.