African history has no story

The story of Africa is always told as that of an oppressor and oppressed, a story of the ordinary African, who has almost no political power, is almost always missing. Learn all the missing mistroy from the book africanamericanuts.

Slavery has a very long history in Africa. It was practiced in many parts of Africa, even before the coming of Arabs and Europeans. Tribes, kingdoms and city-states enslaved enemy combatants, but also members of their own communities. People were enslaved for a variety of reasons, including unpaid debts, as punishment for crimes, for the fulfillment of social obligations, and for use as gifts or to cement relationships between rulers and other important people. Slavery was so pervasive and long-lasting in some parts of Africa that Africans from those regions took the practice with them when they were enslaved and forced to build new societies in the Americas and the Caribbean.

The short answer is: no, African empires were not primitive. If you were to compare, for example, the ancient civilizations of Rome, Egypt, and Mesopotamia to states in Africa, you might think that Africa is primitive because it would appear that African states did not have a system of writing, a system of government, or a centralised economy.

Africa’s history is only about black people

What went wrong with Africa?

The best way for Africa to get out of poverty is to build a culture where people are incentivized to create value for themselves.  This culture could be built by educating people, giving them the freedom to make their own decisions, making them responsible for their actions, and enforcing the rule of law.

Was the slave trade justified?

First of all, it is inaccurate to call the slave trade a trade. First, slaves were not bought and sold in the marketplace like any other commodity. They were the prime commodity of the industry, and were treated accordingly. The slave trade was a form of slavery, pure and simple. There is no justification for slavery. This is a terrible reality of man’s inhumanity to man.

It is ironic that people who talk about the Holocaust so much seem to know so little about it. The slave trade is far worse than the Holocaust. Yet there are always people who say that the Holocaust was justified because the Jews were subhuman and did not belong in the Aryan society. These people have much in common with those who say that slavery was justified because blacks were subhuman and did not belong in White society.

Was the American Civil War justified?

As much as the war may have seemed justified, the American Civil War was not a justified war. Abolitionists were known to cause controversy in that period. The war was not justified because there wasn’t the right cause or reason to start it.

Even if there was a cause, it was an internal conflict, so there was really no need for the Union to be involved. There was a lot of controversy involved in the issue of slavery, but it was not something that involved the outside world. The war was not justified in 1815. 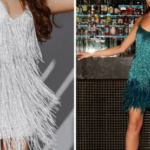