Shah Rukh Khan singing: The King Khan of Bollywood made his singing debut on ‘I For India’ concert with the lockdown themed song ‘Sab Thik Ho Jaega.’ The song also featured his son AbRam. The 54-year-old star shared the video on Instagram. The ‘Raees’ star also joked, saying:“Look how bad the current time is, even SRK has become a singer! You will see that the times will change, and the system will re-arrange. The six packs will be back on the market, and we will again watch cricket matches in the stadium.” In the end, Khan said there was one more song to which his son AbRam responded, ‘Papa enough now!’ 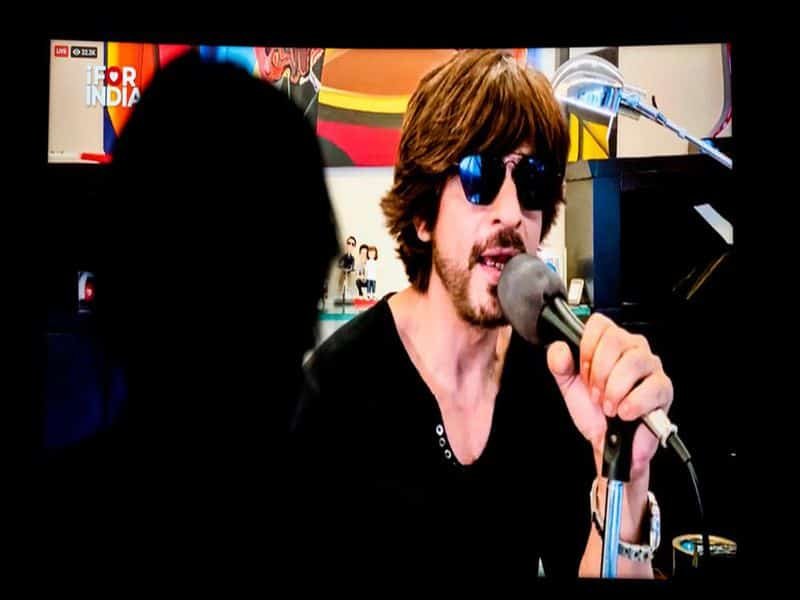 Emotional tributes to Irrfan Khan and Rishi Kapoor: The highlight of the evening also included a tribute to late actors Irrfan Khan and Rishi Kapoor by director Mira Nair and Amitabh Bachchan, respectively. While Nair, who directed Khan in ‘The Namesake’ and ‘Salaam Bombay’, spoke about the greatness of the actor and his avid listening skills, Bachchan reminisced about his times with ‘Chintu’ in a nostalgic, personal tribute to the actor, while also sharing why he didn’t visit Kapoor in the hospital. “I never visited him in Hospital .. I never wanted to see distress on his smiling cherubic face. But I am certain .. when he went, he must have gone with a gentle smile,” Bachchan said.

Madhuri Dixit-Nene singing Ed Sheeran: We all know Madhuri Dixit-Nene for her deft dance moves, but at the I For India concert, she left fans mesmerised as she crooned Ed Sheeran’s ‘Perfect’. With the piano enjoying within the background, it was simply a tremendous expertise. The actress was backed by her son Arin on piano. It made for a perfect performance.

Priyanka Chopra Jonas recites a poem: The actress, along with her husband Nick Jonas, also participated robustly in the concert. She spoke about letting medical professionals do their jobs without hassling them, while reciting a poem that she also shared on Instagram, saying: “This beautiful poem has so much relevance right now. Thank you my friend @vjymaurya for writing this insightful composition about this unprecedented time. Let’s hold on world… let’s keep our hopes alive and wait for the world to heal.”

Tiger Shroff can sing: It was an evening of revelations as action hero Tiger Shroff, who is popular for his gravity-defying stunts, took a stab at singing. He sang the song ‘Roop Tera Mastana’ featuring the late icon Rajesh Khanna and actress Sharmila Tagore’s iconic romance.