Skip to content
Contents hide
1 Types of Epilepsy
2 When will an adult with Epilepsy qualify?
3 Eligibility for epilepsy according to the SSA Blue Book
4 Tonic-clonic seizure
5 Dyscognitive seizures
6 Medical evidence required by the SSA
Please follow and like us:

A seizure is a sudden discharge of electrical activity in the brain, which can cause a person’s appearance or behavior to change dramatically in a short period. 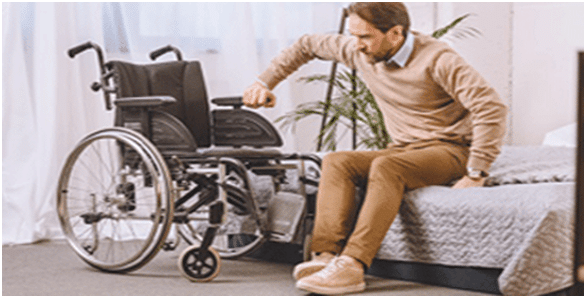 There are, however, cases where a seizure does not cause any symptoms at all. A seizure is a single event, but more than one seizure is diagnosed as epilepsy. Repeated seizures result in a condition called epilepsy, which causes abnormal electrical activity in the brain that can lead to seizures or behavior changes. Seizures can be caused by cerebral palsy, brain injury, brain infection, stroke, or brain tumor, but the cause is unknown in most cases.

Epilepsy is a disorder of the brain that is characterized by seizures and unconsciousness. Other symptoms of epilepsy include gazing spells and changes in consciousness. Although most cases can be successfully treated with medication, many people suffer from “drug-refractory epilepsy” or “refractory epilepsy,” which means that drugs cannot prevent seizures.

There are many types of these disorders, which can cause various types of seizures:

When will an adult with Epilepsy qualify?

Individuals who have been diagnosed with this disease may be eligible for Social Security Disability Insurance (SSDI) if they have a qualifying work history when they paid taxes into the Social Security System, or for Supplemental Security Income (SSI), for low-income people if they meet the poverty threshold defined by SSA. To qualify for SSI or SSDI, seizures must occur regularly (see below).

Because epilepsy is usually controlled with medication, it is not always a disabling disease. Even if you are taking medication, the Social Security examiner will want to see evidence that your condition is disabling.

Eligibility for epilepsy according to the SSA Blue Book

SSA has published the eligibility requirements for obtaining Disability for epilepsy and other seizure disorders in Disability Listing 11.02. Please note that taking medications to control seizures can take several months before they are effective, especially if medication adjustments are necessary. Therefore, you may want to have a medical history of taking prescription medications for at least three months before applying for Social Security Disability Benefits.

Also, if your doctor tells you to stop drinking and you do not, you may not be considered to have followed the prescribed three-month treatment. Drinking alcohol increases the risk of seizures and weakens the effects of anticonvulsants.

This type of seizure involves a loss of consciousness and violent muscle contractions. Formerly called a “grand mal” seizure, this is typically what most people think of when they think of a seizure. You may be approved for benefits if medical documentation shows that you have:

Formerly known as “complex partial seizures” or “focal dyscognitive seizures,” this type of seizure causes a person to experience a loss of consciousness or change in consciousness level. People with this condition may not know they had a seizure and may not respond to their environment. You may be approved for benefits if medical documentation shows that you have:

If your epilepsy does not meet these requirements, you may alternatively be able to prove that your condition seriously affects your ability to work. By showing that your condition prevents you from engaging in substantial gainful activity, you may still be able to establish entitlement to monetary benefits under a medical-vocational allowance, which is an assessment based on your previous work experience, your education, and your age.

Medical evidence required by the SSA

After submitting your Social Security disability application, the claims reviewer will ask your treating physician for your medical records. Your record should include:

It is best to seek the help of a competent attorney for Social Security Disability benefits to ensure that you receive the financial support you need in a timely manner. A disability claim is a systematic process. You must follow the SSA’s process and procedures, submit relevant documentation to prove the disability, and hope that the SSA will approve your application. Or, you can hire a knowledgeable attorney who understands the process and can work your claim from beginning to end.