Beijing: Wuhan, the Chinese Metropolis, and the epicentre of the deadly corona virus global pandemic, may be subjected to another thorough test of corona virus of all eleven million residents in the next ten days. It will be done by the authorities of Wuhan, as reported by the Chinese media. 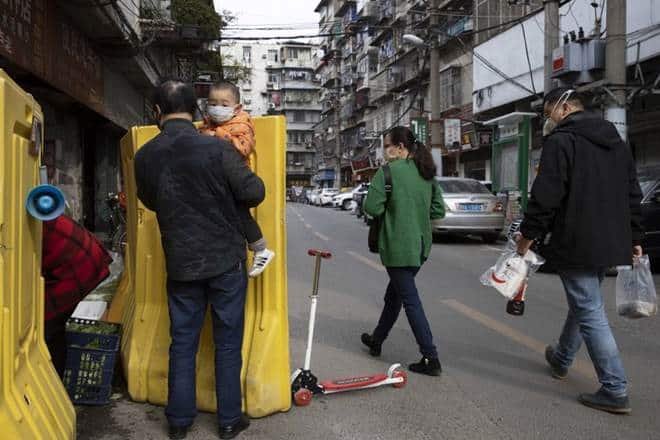 No official announcement in this regard has been made yet by the authorities. But, the district officials confirmed receiving marching orders from the city’s corona virus task force. It is as per the reports. But it is not at all clear that how such a gigantic task of testing all Wuhan residents could be done.

The short order came just after the discovery made in last weekend of a cluster of six infected people at a residential compound in the city. It was the first new corona cases in the period of more than a month.

China has taken quick action of tracking out new outbreaks, wherever they can be. It is even after the relaxation of restrictions on the movement of people and reopening public attractions to limited number of visitors.

Jilin province which is the border area between North Korea and China’s northeast border, has suspended all public transport and has imposed other restrictions on public movements. It is fighting a fresh outbreak of corona virus. In the neighbouring Heilongjiang province, the city of Harbin is quarantining anyone coming from Jilin for 14 days. They are all banned from hotels, since it dealt with its own outbreak recently.

The local officials appear to be confused with this sudden order. A man who answered the mayor’s hotline in Wuhan, said that the districts just have ten days to arrange for the testing in their respective jurisdictions. But awoman who answered later on Wednesday said that the tests must be completed within the next ten days.

A major state-owned news website said that it had obtained an implementation plan for the city’s Wuchang district. This website, Jiemian, says that all residents should be tested by May 20th.

Wuhan was the worst hit area by corona virus outbreak in China. This country reported 4,633 deaths in the entire nation, but out of it, 4,512 deaths were in the Hubei province only. It included 3,869 deaths in Wuhan, the capital of the province.

China has imposed a lengthy lockdown on most of the Hubei in late January only. It tried to stem the spread of the deadly virus. People were strictly forbidden from entering or leaving the province. The public transportation was suspendedand the residents were restricted to their own homes.

The lockdown outside Wuhan was lifted after two months. Wuhan itself was under lockdown till April 7th, 2020. It was for two and a half months.

The fresh reports of corona virus cases have shocked the city officials and they have been kick started into action. The secretary of the Communist Party of the neighbourhood was dismissed. It was where this cluster of fresh corona cases was found. The dismissal was for poor management of the residential community. It was reported by the official Xinhua News Agency.

The order said that the testing should focus on the elderly. It includes the densely populated areas and those with mobile population. It is as per the media reports. It was not clear that whether only some people would be tested or if they would be prioritized.

One expert at Wuhan University told that 3 million to 5 million residents have already been tested. It means about 6 to 8 million others have been left for testing in the city-wide test.

Beijing has imposed a shorter than usual ban on use of drones in the Chinese capital and it is being interpreted as the signal of China curtailing its major political meeting of the year because of continuous concern about the corona virus outbreak.

The police issued a statement on Wednesday that the use of drones, balloons, gliders, and other low flying objects will be banned for nine days frm May 20th to May 29th. Such bans are common during major events.

The National People’s Congress usually happens for over two weeks in the month of March. But it was postponed this year because of the coronavirus outbreak. It is rescheduled to start on May 22nd. So it may be just for one week only.

Some participants in this Congress met in a video conference in a recent preparatory meeting. It initiated a speculation that some of the 3,000 delegates in the Congress may do so at the Congress itself.