New Delhi:  A report says that an organization that is backed by the top US Health Advisor, Dr. Anthony Fauci, had funded the Chinese scientists, working at the Wuhan Institute of Virology. This funding was done for conducting research on corona virus. This report was published by US weekly magazine, “Newsweek” which is a globally respected magazine. 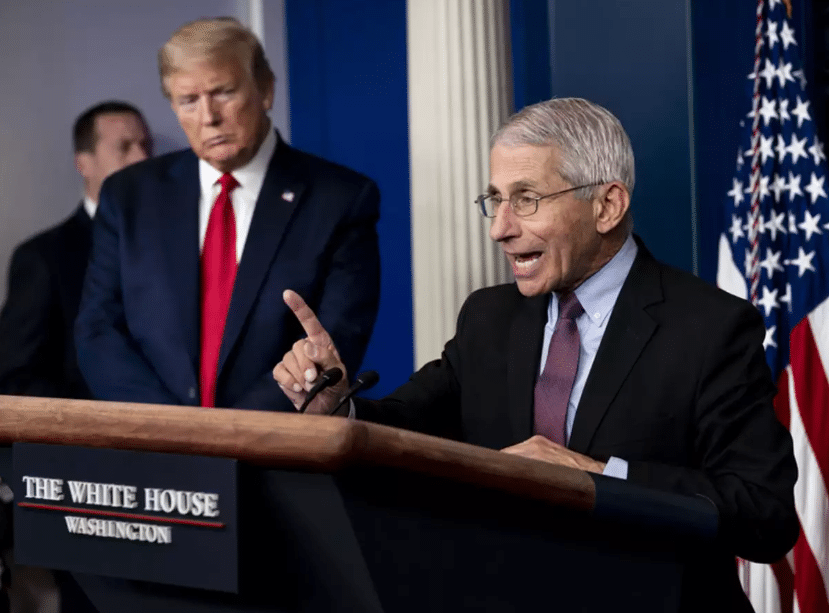 This report published in the Newsweek states that the National Institute of Health or NIH had the backing of National Institute for Allergy and Infectious Diseases or NIAID in the year 2019. This NIAID is an institute that is led by Dr. Fauci. It committed $3.7 million for over six years period for doing research work on bat coronavirus in China.

This research work also included gain of function work. It involves the manipulation of viruses in the laboratory to explore their potential for infecting the human race.

This program followed another $3.7 million in a five-year project for collecting and studying bat coronavirus. This project ended In the year 2019. It granted a total amount of $7.4 million, as per the report.

This report was published some days after the Trump administration refused to rule out the possibility that this deadly virus leaked out of a laboratory in this China Metropolis of Wuhan. Beijing also strongly denied this scenario.

This report said, “Many scientists have criticised gain of function research, which involves manipulating viruses in the labs to explore their potential for infecting humans, because it creates a risk of starting a pandemic from accidental release.”

This report added that the US Intelligence has also conceded last month that this pandemic may have originated in a leak from the Wuhan lab. They previously asserted that this corona virus outbreak had occurred naturally.

Dr. Fauci did not give any response to the request made by Newsweek to comment on this issue. But the NIH defended this funding by saying that there was no proof that this virus was created in a laboratory.

“Most emerging human viruses come from wildlife, and these represent a significant threat to public health and biosecurity in the US and globally, as demonstrated in the SARS epidemic of 2002-03. And the current COVID-19 pandemic. Scientific research indicates that there is no evidence that suggests the virus was created in a laboratory.” It was quoted by Newsweek as a statement from NIH.

According to the report, the first part of the NIH research began in the year 2014. It involved a surveillance of bat corona virus with a budget of $3.7 million.

“This program funded Shi Zheng-Li, a virologist at the Wuhan lab, and other researchers to investigate and catalogue bat corona viruses in the wild. This part of the project was completed in 2019.” This report said.

It said that the second phase of the project began last year and included additional surveillance work but also a gain of function research for the purpose of understanding how bat corona virus could mutate to attack humans.

Richard Ebright, an expert in infectious diseases at Rutgers University told the Newsweek that “ The project description refers to experiments that would enhance the ability of bat corona virus to infect human cells and laboratory animals, using techniques of genetic engineering. In the wake of the pandemic, it is  a noteworthy detail.”

It is an interesting fact to note that the NIH cancelled this project in the last week on April 24th. It is as per another report.

This report says that Richard Ebright is among a group of scientists who have been vocally opposing the gain of research because of the risk it presents. It can create a pandemic through accidental release from a laboratory.

Chinese scientists have expressed their suspicions of this virus being emerged and released late last year in a Wuhan meat market, that butchered exotic animals.

But this led to other questions immediately. The maximum security virology lab was situated nearby the exotic meat marketplace. The senior US officials brought it into mainstream now. It was previously an online conspiracy theory at the beginning.