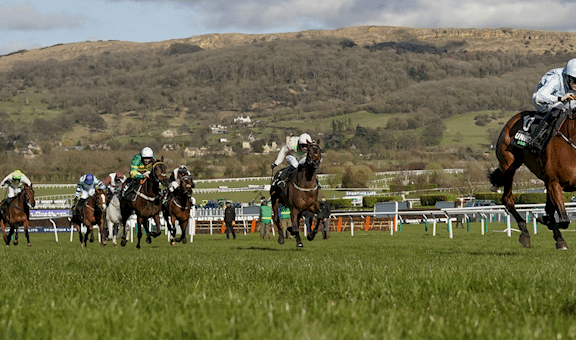 The biggest race festival of the year is nearly here, as the National Hunt season’s premier event takes place in March at the cathedral that is Cheltenham Racecourse.

For the first time since 2020, fans will be back in grandstand to cheer on their horses, as the famous ‘Cheltenham Roar’ will be heard from miles around throughout the four-day meeting. You can find horse racing results today for this and other events here.

With the betting markets heating up for the huge week of action in the Cotswolds, race fans are quickly trying to get the best odds on their selections for the biggest races.

So, which horses look like solid contenders to win their respective races?

The banker of the Festival for many comes on the opening day of the meeting, as Henry De Bromhead-trained Honeysuckle will be looking to win the Champion Hurdle for the second straight year. Few can poke holes in the form of the eight-year-old, as she has been simple sensational on every appearance on track.

She returned for the first time since the Punchestown Festival in November, as she won the Hatton’s Grace Hurdle by a stunning eight-lengths from Ronald Pump. That victory extended her unbeaten record to 13, which includes two victories at the Festival. Last year’s win was one of the star performances of the season, winning from Sharjah by six and a half lengths. The victory may be even wider this year.

One of the breath-taking performers of the season to this point will be in action in the RSA Chase on the second day of the meeting. Willie Mullins-trained Galopin Des Champs looks to be a superstar in the making, and furthered those claims on chase debut at Leopardstown over Christmas. Sometimes there is just a performance that makes you sit back, and think that you have seen something remarkable. The performance from Galopin Des Champs in the Ballymaloe Beginners’ Chase was just that.

The six-year-old romped home by a commanding 22 lengths from Ain’t That A Shame, to complete a hat-trick of wins since the Festival last March. His victory in the Martin Pipe last year only underlines how strong Galopin Des Champs chances are this year, as he relished coming up the Cheltenham Hill to win by two and a quarter lengths on that day. Victory at the meeting this year will tee him up for a possible shot at the Gold Cup in 12 months time.

British winners may be few and far between at the Festival once again this year, but in Nicky Henderson-trained Shishkin, the hosts almost have a certainty. The eight-year-old is undeniably the best horse in training in the United Kingdom, and has already continued to further his reputation this year with two stunning victories following wind surgery at the end of last year. His grand return came at Kempton, as he won Desert Orchid Chase by ten lengths from Greaneteen. However, the big challenge came at Ascot in the Clarence House Chase. Energumene, who also boasted a perfect record before travelling over from Ireland was the threat.

The two played out one of the all-time great races, but when Shishkin was finally asked to deliver a challenge against the Irish-raider, he did so, and pulled clear of the Mullins-trained horse by a length. His jumping was somewhat erratic that day, but the pace Shishkin has is unbelievable. Henderson’s horse was given a Timeform rating of 181p from that run, eclipsing the great Altior. Shishkin is already a superstar, but a second straight win over Energumene at the home of jumps racing could put him into the category of legend.