Since the emergence of Cambridge Analytica scandal, many more such instance of the platform misuse have been uncovered, which has led the Facebook to tighten the noose and get more serious about devising foolproof strategies to keep the scammers at bay.

In the last few months, the social media giant has already served legal notices to several companies in the wake of running fake ‘likes’ and engagement services. Going a step further, Facebook is gearing up to counter another kind of garble, widely known as ‘click injection’ scam.

“Today, Facebook filed suit against two app developers to click injection fraud. The developers made apps available on the Google Play store to infect their users’ phones with malware. The malware created fake user clicks on Facebook ads that appeared on the users’ phones, giving the impression that the users had clicked on the ads.”

To throw more light on the matter, ‘Click Injection’ is synonymous to the click scamming; it is a fraudulent system which is built to simulate the ad clicking behavior and then present it across in analytics as to the actual user engagement.

The issue is a major cause of concern for the Facebook because it not only shares the fake number of clicks, resulting in its revenue losses but also puts across a picture of misconstrued facts and figures thus totally undermining the quality of data it shares with its advertisers.

So far, two developers named LionMobi from Hong Kong and JediMobi from Singapore were caught red-handed in this case and since then, they have been banned from further practice besides, their accounts have been permanently disabled. Two companies were able to generate revenues by misusing Facebook Audience Network Ads by driving fake click through their app on which these ads appeared. As per the statement issued by Facebook, all the advertisers who were charged fraudulently on fake clicks have been duly refunded the charges earlier this year.

The legal action is first of its kind as per the social media giant, and also highlighted the other means through which it is closely tracking those who are trying to scam or get better of the system.

Click Fraud scam is nothing new per se- Most of the people closely associated with the industry already have a reasonable understanding of how these things work. Click Fraud scam is not new to Facebook either- there are countless ways through which you can purchase likes, increase your following, etc., results of which are ultimately going to infiltrate into your Ad metrics as well. The biggest issue here is that the problem has penetrated to Facebook’s dataset and it is the same information, which the company is providing to its advertisers. So, in a way, the system itself is awarding cheating, which indeed is a major cause of concern here.

If application developers can earn easy bucks by driving more clicks, you can just imagine how someone can exploit this loophole on a higher level.

The case has provided Facebook with a legal precedent, which has laid the roadmap for the future actions, while, it also highlights the zenith of extended processes, which the company is going to delve deep into to secure its systems from the future attacks.

However, this could only be a start- who knows if there are more such cases where companies are involved in fraudulent practices of cheating the Facebook systems thereby reducing the value of its Ads by the means of faking clicks. 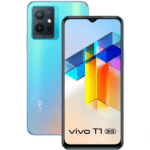 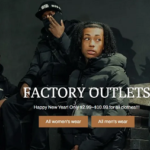 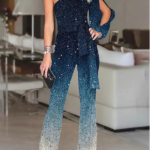 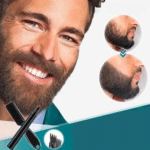 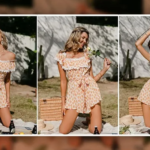