New York City lawmakers striving for any new era of police accountability are poised to repeal a state law which has long kept police officers’ disciplinary records secret, one of several steps to rein in officers spurred through the national uproar within the death of George Floyd. 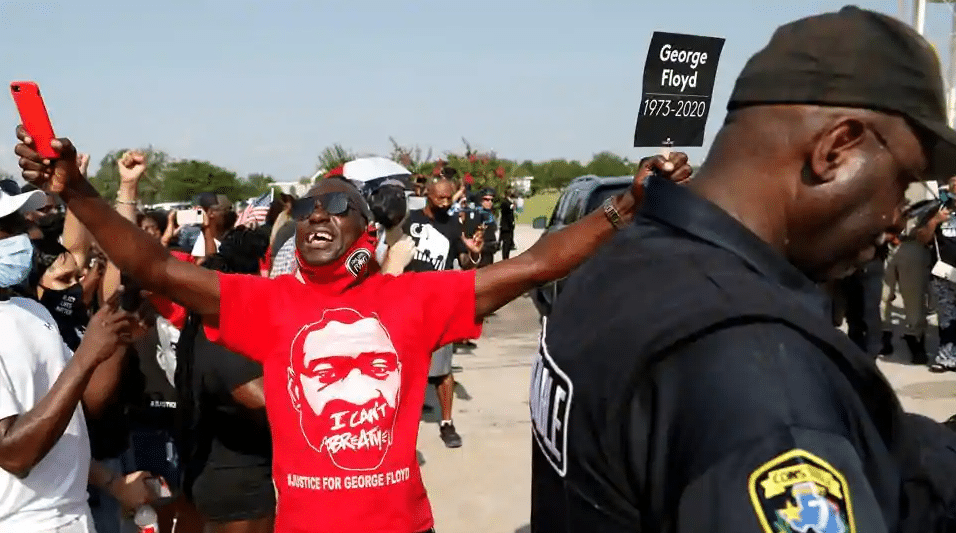 As the state legislature worked toward eliminating the law Tuesday, New York City prosecutors moved swiftly to bring criminal charges against a police officer caught on camera shoving a protester to the ground during a demonstration in Brooklyn.

Police unions asserted that officers were being abandoned, and condemned lawmakers for allowing themselves being relying on protests where officers were injured by thrown objects and police vehicles were burned.

Eliminating legal requirements, known as Section 50-a, would make complaints against officers, and also transcripts and final dispositions of disciplinary proceedings, public for the first time in decades.

Governer Andrew Cuomo, who has recently supported reforming legislation, has said within the wake from the protests which he will sign the repeal. Only Delaware has a similar law.

Momentum for ending the secrecy law reached a crescendo in recent days as marchers filled streets in elsewhere, Brooklyn and Manhattan to rally against police abuses – amplifying the calls of reform advocates who spent years pushing for alternation in the wake of other high-profile police killings, including that of Eric Garner in 2014.

“This is not any time for rejoicing,” said State Senator Kevin Parker, a Democrat representing aspects of Brooklyn. “This bill has been around for over a decade … And the only reason why we’re bringing it to the floor now because the nation is burning.” The legislature on Monday passed other police accountability measures, banning police from using chokeholds, guaranteeing the right to record police activity and making it easier to file lawsuits against people making race-based 911 calls.

State lawmakers Tuesday were also anticipated to pass bills providing all state troopers with body cameras and making certain officers get proper medical and mental health attention for anyone under arrest or maybe in custody.

As lawmakers acted on accountability legislation, NYPD Officer Vincent D’Andraia was being arraigned on assault and other charges days after a bystander recorded him pushing protester Dounya Zayer, causing her to hit her head on the pavement.

D’Andraia was introduced after his lawyer entered a not guilty plea on his behalf. The officer was ordered to keep away from Zayer who was hospitalized following the May 29 altercation with what she said were a concussion plus a seizure.

“Dounya was assaulted for the very reason she was protesting, and that’s police brutality,” said Zayer’s attorney, Tahanie Aboushi, adding that D’Andraia’s supervisor should face punishment beyond an announced reassignment.

“If not just for this being on video it would have been business as usual for your NYPD,” Aboushi said.

In a statement announcing the charges, Brooklyn District Attorney Eric Gonzalez said he was “deeply troubled with this unnecessary assault.” Zayer, 20, called D’Andraia a coward and suggested the assault would only deepen mistrust of police force.

“I was protesting for a reason,” Zayer said inside a video tweeted from her hospital bed. The officer, she added, “should have had the self restraint not to hurt individuals he’s should be protecting.” The cops department suspended28 and D’Andraia, the other day without pay. His lawyer, Stephen Worth, didn’t immediately reply to a request for comment. If convicted, he could face a year behind bars, but first-time offenders rarely see any jail time.

D’Andraia is the first New York police officer to handle criminal charges over alleged misconduct exhibited during times of unrest that roiled the town inside the wake of Floyd’s death in Minneapolis.