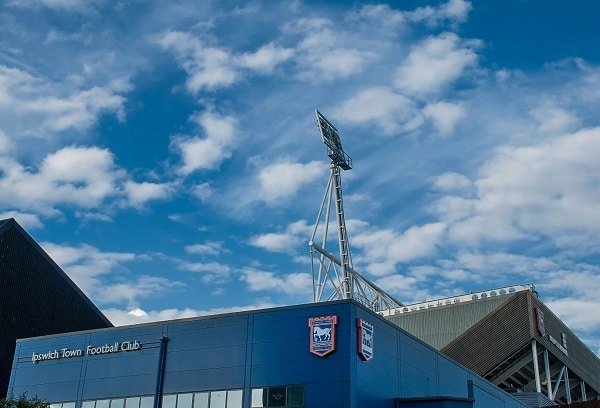 The downfall of Ipswich Town was so sudden and drastic that it took many football fans by surprise. While they were never the established Premier League outfit George Burley would have envisioned them to be, there was a time the Suffolk outfit were flying in the dizzying heights of European football, with a fifth-place finish in 2001 that ended just two points off the Champions League places.

Unfortunately, after a string of high-profile signings, the club crumbled under the weight of their own expectations, and even Pablo Couñago, Marcus Bent, and then club record signing Matteo Sereni couldn’t prevent the Tractor Boys from relegation just 12 months on from their best ever season in the top flight.

As we flash forward two decades later, Ipswich find themselves plunged even further down the football ladder. Now treading water in League One, the last few years at Portman Road have been nothing short of mediocre. However, there are certainly reasons for fans to be optimistic this season, with a bright start seeing Ipswich top of the league after the opening three games, unbeaten and conceding just two goals.

A lot of the good work they’ve done is down to manager Kieran McKenna. One of the youngest managers in the country at just 36 years old, the Northern Irishman has already transformed the identity of the club, and despite working on a shoe-string budget, the new campaign and a proper preseason have demonstrated he has the club heading in the right direction. While they’re still not considered out and out favourites for an automatic promotion spot when it comes to Predictz League One predictions, there’s every chance they can make the play-offs should this purple patch continue.

Of course, unlike the Championship — and Premier League for what it’s worth — the third tier won’t have a winter break for the World Cup, meaning games will come thick and fast. Every point matters if Ipswich are to push for a promotion place, and their home fans will have a massive part to play if Portman Road is to become a fortress. Indeed, one of the best parts about McKenna’s tenure since his appointment last year was giving the fans a reason to sing, and bringing in a higher calibre of players has had a massive impact on the ground’s atmosphere.

Despite finishing 11th last season, there were plenty of encouraging signs from the young manager and now the fans have players to get behind — players that are showing genuine ambition and believe in the manager’s plan. Left-back Leif Davis looks a steal from Leeds United for just over one million pounds, while Dominic Ball, Marcuss Harness and Freddie Ladapo represent plenty of Football League experience.

For all the new additions, their best work has been done in-house, tying down the core of the squad to permanent long-term contracts, McKenna himself has admitted he’d like to bolster the squad more before his first summer window closes.

“We look at attributes and qualities in the squad and what we need to add. There are some qualities to the top half of the pitch that we want to be able to add. We continue to work very hard on doing so.”

“We know what qualities we have in the building and what we’re wanting to add,” he said. “That hasn’t changed over the course of a few games and a few weeks.”

Only time will tell how far Ipswich go this season, but under McKenna’s guidance, a coach with a big future ahead of him whether at Portman Road or not, the Tractor Boys could see themselves in the second tier this time next year should they demonstrate the same consistency they’ve started the season with.