Skip to content
Contents hide
1 The Origin of “Engagement Rings”
1.1 Recent Evolution of Engagement Rings
1.2 The history of engagement rings is interesting, is it not?
Please follow and like us: 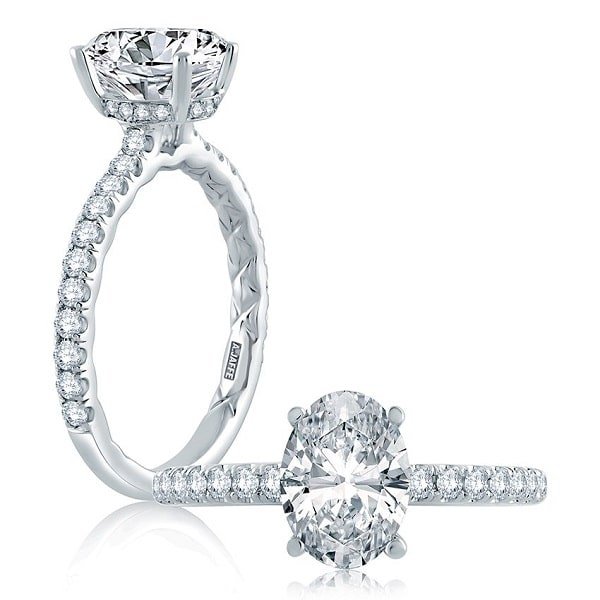 The Origin of “Engagement Rings”

Historians and experts believe that the typical exchange of rings at a wedding ceremony dates back to ancient Egyptian times. Studies suggest that Egyptians exchanged rings at wedding ceremonies because the ring, representing a circle, was symbolic of an eternity to them. What could possibly be a better way to represent and commemorate your undying love for each other? Evidence (though not conclusive) suggests that in ancient Rome and Greece, signets or seal rings with names and titles of the owners inscribed on them were used for authentication purposes. However, as you may have guessed, these rings did not have the archetypal engagement motif associated with them. However, unlike the Egyptians, the Greek mostly used these rings as decorative trinkets.

The first documented evidence of an exchange of engagement rings was in Ancient Rome (roughly from 27 BC to 1400 AD). The trend where these rings were initially represented a statement of social hierarchy later evolved into an exchange in the form of betrothal rings. These rings were mostly made of copper and iron with the exception of some that were made of ivory and bone instead. It was here that a unique trend of “home” and “travel” rings started, too. Usually, the ring worn while at home was made of iron and, as the name suggests, used at home. The iron ring was replaced by a gold ring when venturing in public as a display of affluence and status. Women from the upper echelons adorned more elaborate and ornate rings with wider gold bands and unpolished precious or semi-precious stones.

Back in the day, a ring was considered a sign of “owning” your partner. Later in time, however, these rings stopped being recognized as a symbol of obedience and began to represent an engagement or intent to marry instead. Around this time, a declaration by Pope Nicholas 1 ushered in the trend of having these rings made of gold. Post the Roman era came a significant period when the Visigoths carried forward the ritual of exchanging rings. Their engagement rings were ornate and had motifs similar to the Cathedral setting that is popular to this day. These rings also had intricate engravings and complex details.

Consequently, engagement rings saw many shifts through the times and were adapted and molded by various cultures and religions across the globe. With significant design changes based on artistic sensibilities of the time and geographical relevance, gold and diamond remained the most popular mainstays in this realm.

The history of engagement rings is interesting, is it not?

If you are on the lookout for a stunning and trending ring for yourself or your partner, look no further. A.JAFFE is the go-to destination for superior diamond engagement rings. Our delicate pavé set rings have small diamonds set along the shank of the band to create a stunning look. At A.JAFFE, our micro-pavé diamonds are not only hand set in each setting, but each prong is also hand crafted individually into the metal so your setting is more secure, durable, and smooth. Visit us online to explore our extensive selection of classic, traditional, and modern luxury engagement rings!