Skip to content
Contents hide
1 Initial phase
1.1 Warning phase
1.2 The critical phase
1.3 Chronic phase
1.4 When is it too late to recover from alcohol addiction?
1.5 How does alcohol affect hearing?
1.6 Hearing impairment caused by drinking alcohol
1.7 The negative effects of alcohol on the brain
1.8 Alcohol and its effects on eyesight
Please follow and like us: 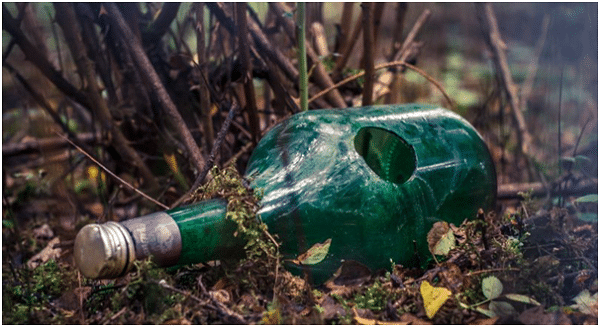 Alcoholism is a progressive disease. It does not happen suddenly and paradoxically – like recovering from alcoholism – it requires input, time and work. The symptoms of addiction intensify as it continues. Four stages in the development of alcoholism are defined. When may it be too late for addiction treatment?

The first phase of addiction that can last a long time. At this stage, the alcoholic is at the beginning of his path to addiction and does not yet know what it might lead to. Drinking in company helps to relieve tension and improve well-being. At this stage, the consumption of alcoholic substances may seem very pleasant, so you subconsciously look for and wait for situations in which you can drink alcohol.

There is also an increase in alcohol tolerance, the so-called “Strong head”, which means that you have to drink more and more to achieve the desired state. Binge drinking is rare at this stage because you can still control the amount of alcohol you consume. While in the introductory phase, the easiest way is to give up alcohol on your own.

The second phase. It usually takes less than the first. This is the phase in which the alcohol addict himself begins to initiate the opportunity to drink. He drinks the most in a group of friends. After drinking, he feels better, relaxes and prefers a world foggy with alcohol. He starts drinking without occasion. His behavior changes drastically, it is easier to let go of inhibitions and gain courage. Occasional drinking alone and hidden is also characteristic at this stage.

Importantly, in this phase he often “breaks the film” – a person struggling with alcohol addiction at this stage may not remember what he was doing even after a small amount of alcohol. She may begin to notice that she is drinking too much, but rarely admits to herself that this is a real drinking problem. At this stage, alcoholics justify the situation, make excuses, and rationalize.

The third phase is characterized by a complete loss of control. An addicted person is not able to control the amount of alcohol he drinks on his own. The urge to drink is almost like compulsion. At this stage, declarations made to yourself and your loved ones cannot stop the alcoholic from drinking further. Moreover, all life begins to revolve around the consumption of alcohol – at the expense of family, work, interests and even appearance.

Loss of sex drive, a decrease in self-esteem or a feeling of deep emptiness are also characteristic. Moreover, even at this stage, the alcoholic is rarely able to admit that it is actually an addiction. He may react aggressively to the will to help. The consumption of alcohol in the critical phase is almost continuous, the alcoholic falls into alcohol rashes, which may be interspersed with short periods of abstinence. This gives the illusion that he is still in control of his drinking.

This is the final level of alcoholism management. In this phase, the alcoholic no longer has any brakes. He drinks constantly, starting from the very morning. He is practically never sober. Interestingly, there is a strong reduction in alcohol tolerance. Unlike the first phase, at this point you only need a few glasses to fully intoxicate yourself.

You can also notice the symptoms of withdrawal syndrome, such as nausea, sleep problems, irregular heartbeat – as well as mental disorders such as alcohol psychosis or anxiety.

Long-term drinking of alcohol causes disturbance of thought processes and irreversible health losses, such as diseases of the liver or the entire nervous system. Continuous drinking and continuous alcohol bouts over time lead to complete exhaustion of the body and even death.

When is it too late to recover from alcohol addiction?

Research shows that treatment of alcohol dependence can begin at any stage of the disease development. Even in the case of the chronic phase, it is possible to completely recover from addiction.

However, it should be borne in mind that when recovering from alcoholism, as with any addiction, the only way is to put everything on one card. Everything or nothing. In most cases, drinking even the smallest amount of alcohol – even many years after recovery – can lead to a relapse.

Getting out of addiction is not an easy path and requires hard work and determination – especially from the patient himself. Regardless of the phase of addiction development, you will need the help of a specialist in treating addiction.

Neither phase means it is too late for treatment. You can always get help.

How does alcohol affect hearing?

The latest research shows that people who drink alcohol are more likely to suffer from hearing problems. This is because drinking alcohol damages your nerve connections. All acoustic signals are transmitted more slowly, which ultimately leads to hearing impairment. The same research results also prove that hearing problems caused by alcohol consumption do not occur only in people who are addicted or overusing spirits. Hearing impairment may also occur in people who only drink alcohol occasionally.

The consumption of alcoholic substances ultimately leads to the degeneration of the sensory cells in the inner ear. Hearing problems, or simply hearing loss, can also be caused by certain medications, and even by excessive excessive use of painkillers.

Another study of young adults in London found that alcohol use disorders lead to problems with understanding lower frequency sounds. This condition is also appropriately called “cocktail deafness”. Although hearing returned to normal among study participants after they stopped drinking, researchers speculated that frequent episodes of alcohol-induced hearing loss could lead to permanent damage.

Dizziness is accompanied by buzzing or ringing in the ears after alcohol. Tinnitus occurs when alcohol causes the blood vessels to swell, causing more blood to flow to the inner ear. While this condition is not life threatening and will often disappear within hours, it can be extremely irritating.

The negative effects of alcohol on the brain

Alcohol’s negative effects on the brain are not alien to science. Alcohol causes a lot of damage to the brain in most cases – especially when taken regularly and in high doses. Moreover, in some people addicted to alcoholic substances, the so-called white matter of the brain. In some cases, some areas of the cerebral cortex may also be damaged.

Alcohol and its effects on eyesight

Apart from the sense of hearing, alcohol also negatively affects other senses, including the sense of sight. Excessive consumption of alcoholic substances can damage the oculomotor muscles over time, which in practice causes double vision.

While intoxicated, you may experience blurred vision very often, which then disappears after some time. Too frequent drinking, however, can lead to the so-called. tunnel vision, otherwise known as peripheral vision. This permanently reduces the perception of objects appearing in the blind spot.