Skip to content
Contents hide
1 Win My Wings does it in style
2 Fidux’s underdog story
3 Anna Bonina upsets the Champion Hurdle
Please follow and like us: 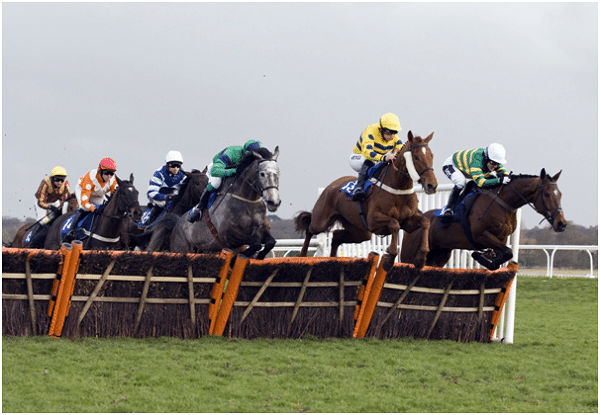 As many horse racing fans gear up for Aintree, the curtain prepares to close on another exciting jumps season. Fans will be returning to the Grand National in their droves for the first time since 2019, after the coronavirus pandemic cancelled the 2020 race and forced last year’s proceedings behind closed doors, where Rachael Blackmore became the first female jockey to win the National in front of an empty concourse.

As anticipated as the Aintree showpiece is, you can’t help but think it somewhat overshadows the Scottish Grand National, especially where the horse racing tips are concerned. The four-mile race is held at Ayr racecourse and boasts the best jockeys and trainers north of the border. Having been ran since 1867, the Scottish National has its own rich history, and like Aintree, welcomed a capacity crowd back for this year’s event.

There’s plenty to discuss from the Festival at Ayr, so read on as we go through some of the main talking points from the 2022 Scottish Grand National Festival.

Win My Wings does it in style

The main event of the Festival is obviously the National itself, and Christian Williams-trained Win My Wings was on hand to dispatch of all her competition comfortably, winning by seven lengths.

Having taken home the Eider Chase at Newcastle back in February, the nine-year-old came into the National as a 13/2 joint-favourite with Kitty’s Light, but made quick work of everyone in her way following a bright start that never looked like getting away from her. Even Williams noted her stablemate found it hard, and credited jockey Rob James for his good work after ensuring the victory.

“It was some performance. I feel sorry for Kitty’s but nothing would have beaten her today, that’s how it looked to me,” he said. “Rob kept her out of trouble on the outside and she jumped great.”

It was so near yet so far for 66/1 outsiderFidux. The Alan King-trained nine-year-old had the performance of his life at Ayr, finishing fourth ahead of more experienced horses like the Skelton’s Ashtown Lad and The Ferry Master. Having not raced since December — and even then, coming fifth in the Grade Three Handicap Chase at Doncaster — little was expected of Fidux but he gave a strong account of himself to end the season despite coming up short to Win My Wings.

Looking at the start of the Festival, there were plenty of competitive races on paper, but the Grade Two Scottish Champion Hurdle looked almost like a foregone conclusion with 3/1 favourite Onemorefortheroad expected to dominate the race. However, it was Anna Bonina who put a spanner in the works aftersqueezing through a clustered area and holding on strongly to lead close home.

Considering the difficult runs in the build-up to Ayr including underwhelming results at Musselburgh and Doncaster in the Yorkshire Rose Mares’ Hurdle, Anna Bonina did well to clinch victory, and still only six years old, there’s still plenty of years of success to be had.