Dreadlocks always make a statement. To some, they are a fashion statement and expression of beauty. To others, they have a spiritual meaning and symbolize abandoning all material possessions for a greater cause. Some use dreadlocks to make a political statement, they can be used as a sign of rebellion against the status quo.

If you want to know more about dreadlocksand locks, or maybe start to grow healthy dreadlocks, you can read this blog, howtoweardreadlocks.com as here we are going to talk about the Differences & Similarities between Dreadlocks and Locks. 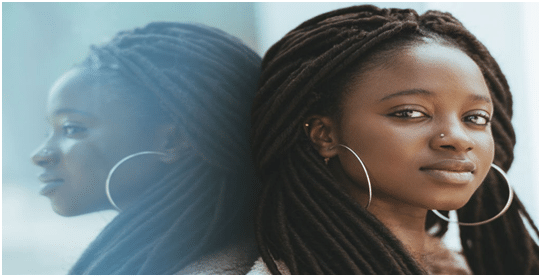 WHY DO PEOPLE PREFER USING LOCKS INSTEAD OF DREADLOCKS?

The confusion arises because people prefer saying locks instead of dreadlocks. That is because of the negative connotation attached to the term dreadlocks.

The origin of dreadlocks is the slave trade. Slaves were taken from Africa to work in the United States and Europe. These slaves didn’t have the time to groom themselves properly and the right tools to comb their hair. As a result, their slave masters used to call their hair dreadful, which resulted in the word “dreadlocks.” For some, using this term signifies a painful time in African American history where Black people were demonized because of their hair.

THE CORE DIFFERENCES BETWEEN DREADLOCKS AND LOCKS

A hairstyle is cultivated; a hairstylist will create locks while dreadlocks are free-formed naturally. A stylist will use different techniques and products to create for you the locks that you desire. For dreadlocks, you just leave your hair to grow naturally without combing it. If you want to grow healthy dreadlocks, ensure that you keep your hair as healthy as possible.

Rastafarians use the term dreadlocks, to separate them from locks and indicate that they wear dreads for a higher cause. They have a spiritual connection to dreadlocks and they believe that energy is connected to the hair. This is a belief that is held by many faiths and cultures. The Biblical Solomon lost his strength when Delilah cut his hair. In some faiths, not combing hair means disregarding the vanity and pleasures of the world.

One of the requirements of the Rastafarian religion is having dreadlocks. This religion began in Jamaica in the 1930s and it presently has a worldwide following. Rastafarianism combines Pan-African political consciousness with Christianity.

SIMILARITIES BETWEEN DREADLOCKS AND LOCKS

They are created by twisting and re-twisting hair until long ropes are formed. They can be created by several methods including braiding, coiling, and twisting.

Dreadlocks and locks are unisexual; they are suitable for both men and women. Dreadlocks used to be a masculine thing but nowadays many women wear them. If there is one hairstyle that knows no gender, then it is dreadlocks.

The care of locks and dreadlocks involves the same practices. It is important to nourish them regularly to avoid breakages. Shampoo should be applied regularly. If you plan to have locks, you need to be prepared to care for them in the right way.

Dreadlocks and locks are connected to people of African origin. In many African cultures, dreadlocks were common in the past. They were the preferred hairstyle for warriors and other significant members of society. That doesn’t mean that locks were not in other cultures. Some Native American tribes used to have locks.

For many Africans, locks had a cultural significance. It is Bob Marley of Jamaica who popularized locks through his Reggae music. In Jamaica, locks have cultural and religious significance. In pre-colonial Kenya, the Mau Mau used locks as a sign of rebellion against British imperialism.

Your hair is your crown. Your hair sends a statement to the world, it tells a lot about you. Locks are a fashion statement, they show that you are a trendy person who likes to look good. Dreadlocks can send a cultural, religious, or political statement.