Skip to content
Contents hide
1 Why Crypto Cities?
2 In the US: Miami and New York City
3 In Europe: Barcelona and Lubjana
Please follow and like us:

It can seem like an oxymoron at first. Cryptocurrencies are special, partially, because they do not have a physical manifestation. They are pure digital code. So, what do the cities with human made material manifestation par excellence gain from becoming known as crypto cities?

Despite its strangeness, cities from around the world are working hard to build their brands as crypto cities. Here is why, what to do with crypto currencies, and which cities are climbing to the top of this competition. 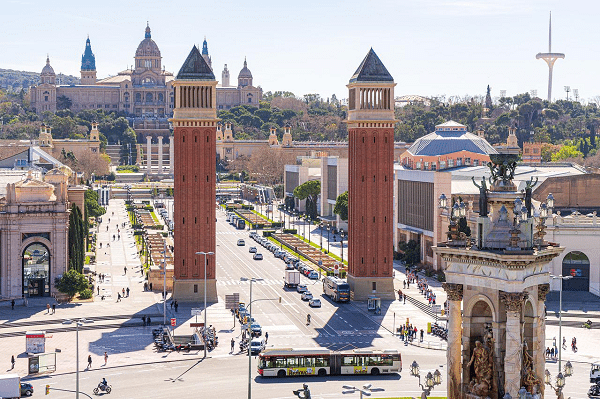 Cryptocurrencies are becoming more and more mainstream, as their number of uses for these currencies grows as well. You can use them at Tesla, AMC Theatres, online casinos and more! You can even use crypto to buy everyday objects. Read more at our article at BuzRush.

If you are looking for a great online casino, be sure to check out CasinoReviews as you get started. At this site you can find the best real money online casinos in New Zealand. They review online casinos based on their bonuses, large selection of games, and having the appropriate gaming license. They also look at payment options and customer support to make sure you can use your banking method of choice.

With growing uses for blockchain technologies, there is also a growing industry around the creation and innovation of it. When cities become crypto hubs, they attract workers, new businesses that could become multi-billion dollar agencies. This could make any of these cities the home of the next Silicon Valley.

Even if the cities do not become the only or most known place, this industry is growing. Plus, the technology can contribute to governance and urban efficiency. Having these workers and innovators living in and loving the city means they may contribute to it working better as a city itself.

Let’s look at some of the cities that are competing to attract the crypto industry to their neighborhoods.

In the US: Miami and New York City

The fight to become the crypto capital in the United States, at least, is being fought along the East Coast. New York City and Miami are competing to attract crypto industry actors, with Miami generally pulling out more stops to do so. A detailed look at npr.

Miami has launched its own crypto currency and Florida has no income tax. These factors have really been gathering attention, and have already motivated many financial companies, in and outside of blockchain, to move to South Florida.

While this battle rages in North America, the global struggle to attract the crypto sector is not isolated to the United States. While many technological and digital innovations have happened in the United States, there is no guarantee that will happen again, especially with how decentralized information is these days.

In Europe: Barcelona and Lubjana

The Catalan and Slovenian capitals are competing in Europe for the continent’s blockchain innovators.

Barcelona claimed the title of Blockchain City in 2019. They hosted a conference that year with the same title, and have hosted the European Blockchain Conference several times. Barcelona Tech City is a group of over 800 tech companies that work closely with the local and provincial government to foment the growing tech hub in Barcelona’s Poble Nou neighborhood.

Lubjana hosts over 300 outlets where its residents and visitors can spend cryptocurrencies. This includes Tus, one of Slovenia’s largest grocery store chains. Bitstamp, a large Bitcoin exchange, was founded in Slovenia. They have eleven Bitcoin ATMs. Lubjana is already living as a blockchain capital.

Plus, both capitals offer urban infrastructure that others cannot easily replicate. Lubjana has a beautiful city center and a moderate size. Barcelona has sun, beaches, and a thriving and historical urban culture. People want to live in these place, which is always helpful for attracting talent.