Everest Base Camp is considered as challenging trek in any weather you travel. It is placed in the base of Mt. Everest, where mountaineers can prepare themselves for upcoming difficulties. Fighting against thin atmospheric pressure with a lack of oxygen at the altitude of 6000 meters is not everyone’s cup of tea.

You will get the opportunity to summit peak Kala Patthar, which will provide you with the closest view of Mt. Everest. The best time for the breathtaking adventure will be April to early June and September to mid-December. The roads, hills, and massive altitude will make you afraid.

A series of snowy mountains surround the base camp. In our journey, we explore strong sherpa villages known as saviors in the Everest region. Their humbleness and kindness will make you think how amazing Nepali are. The route for trekking is both on the Southern and Northern sides. 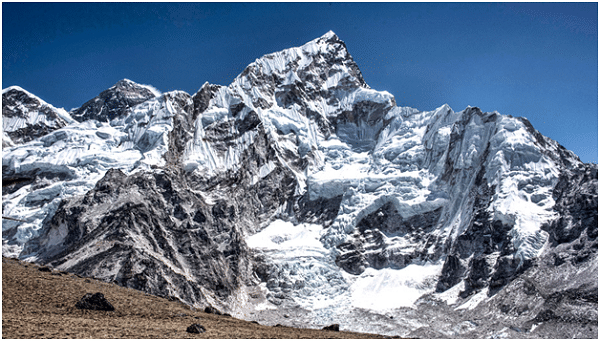 The journey of a lifetime begins from Lukla, where the atmosphere invites you to adapt to a thin atmosphere. Dense woodland, glaciers, rhododendron forest, mountains, and many other types of wildlife will make your journey fantastic. The stay at the small homestay may be memorable as you will meet other trekkers with the same soul and spirit from different parts of the world. The cultural diversity between the journey will amaze you. The natural water lakes reflecting its light is something magical.

The best time to trek may depend upon the type of activity, and the time you spend there. According to the weather condition and experience gained by brave Sherpas, the spring season is considered the best season. But if you are thinking of a Helicopter tour to Everest base camp, then any weather except Monsoon is suitable.

The month that falls in the spring season is March, April, and May. Spring is a fantastic season for hiking/trekking in Everest Base Camp (EBC). The weather will be calm and relaxed than going to boost the confidence of adventurers. The Rhododendron forest gets decorated with red flowers in this season. The mesmerizing sound humming the sound of butterflies standing in the red Rhododendron will relieve your pain during the adventure. The days are longer, so you can travel and explore more during the daytime.

You will be lucky enough to witness the virtuous sight of sunrise during the morning. March and April will give you the vibe of Spring, whereas May will be introduced to the season of rain. There’s little risk of rainfall in a few areas during this season, but according to our experienced sherpas and other trekkers, Spring is considered the best season.

Monsoon and Summer start in June and end in early September. In the monsoon season, rainfall may occur in trekking areas which produce difficulties for exploring Everest Base Camp. This season is quite wet as it rains once a day, and there might be a disturbance in your journey. The route for the trek is muddy, but if the sky is clean, the journey becomes comfortable.

Although there is a risk of rainfall in this season, the clear sky day, with the sun warming the trip, will push your comfort zone. Landslide above 5000 meters is the most dangerous thing to avoid. In case of no rain, the sky will be clean and clear, which will provide the vibe of satisfaction as they’ll be lucky enough to witness fantastic scenery throughout the journey.

This season comprises September, October, and last but not the minor December. Autumn is when the duration of daylight becomes noticeably shorter than the other seasons. The leaves of Rhododendron will start changing their color in this season. You will explore new leaves growing compassionately. The difficulty in this month will be the shorter length of the day. As less sunlight remains less time, we will explore the adventurous trek.

This season is perfect for trekkers as a slightly cold temperature will test your fitness and preparation. The rainy season will end the slippering problem in the route. The sky will be pretty straightforward, which can be beneficial for witnessing the spectacular view of silverish snow mountains. Fresh air will start blowing, which will help trekkers to fight altitude sickness. The temperature is moderate, i.e., neither cold nor warm, which is the main reason for this season’s preference. In this season, the great festival of Nepali Bada-Dashain also falls, which allows experiencing Nepali culture.

In this season, you need to fight against temperature and snow crystal that covers the road. The glacier river itself will freeze in some parts. The traffic in this season be less, so any trekker who is keen to fight with the challenges alone can full fill their needs.

Hiking alone in this region without essential tents and camping materials is a life-death matter as there is no settlement area after Namche Bazar. So it would be best if you prepared yourself before thinking of trekking in Winter. The winter month starts from December, January, and February. Many parts of the route will be covered with snow and fog, which arises as a problem.

Although the weather varies from time to time and season to season, a true enthusiast of adventure does not require a weather barrier. The one who has physically fit, technically skilled, mentally tough, and experienced ability feels no weather difference as the problem during the trek increases the commitment level and boosts confidence. One should take the problem as an opportunity to deal with breathing taking movements to test the fitness. If you are physically fit and skilled, you can join easy-type trips in any season. But for challenging trips like Three high passes trek, Island peak climbing with EBC, Chola Pass Trek, Renjo La Pass Trek, Spring and Autumn seasons are recommended.