Businesses rely on their networks to store and transmit sensitive data. This data is the lifeblood of any company and must be safeguarded at all costs. One way to ensure that your network’s security is airtight is by conducting penetration tests. In this article, we’ll focus solely on internal penetration testing, why you should conduct one, and how to do it safely.

What is internal penetration testing?

Internal penetration testing is the process of simulating a malicious actor’s attempt to gain access to your company’s network from within. This type of test can be used to identify vulnerabilities that could be exploited by an attacker, and it can also help you determine your organisation’s preparedness in the event of a real-world attack.

Why should you perform internal penetration testing?

There are a number of reasons why you should perform internal penetration tests. Perhaps, the most important reason is to find security flaws that pose a risk of being exploited by a malicious actor from within your organisation or by a past employee. By identifying these weaknesses, you can fix them before they become a problem.

Another reason to conduct internal penetration tests is to test your organisation’s preparedness in the event of an attack. By simulating a real-world attack, you can see how your employees would respond and identify any areas where they need more training.

Conducting an internal network penetration testing can be a complex undertaking, but there are some basic steps that you can follow to get started.

First, you’ll need to gather information about your network. This includes things like IP addresses, system architecture diagrams, and lists of software and hardware. It will be useful when developing an attacking strategy and selecting possible targets.

Next, you can start scanning your network for vulnerabilities. This can be done using a variety of tools, such as port scanners and vulnerability scanners.

After you’ve identified potential targets, you can start trying to exploit them. This phase will differ depending on the type of vulnerabilities you’ve discovered.

If you’re able to successfully exploit a vulnerability, your next goal is to maintain access to the system. Creating backdoors, installing malware, changing passwords, disabling essential security settings are some of the ways to do this.

Finally, you’ll need to compile a report of your findings. This report should include a list of all the vulnerabilities that you’ve found, as well as recommendations for how to fix them.

This was only an overview of the different phases to include in your test. Tailor each phase to your need and include the necessary steps.

Common network attacks to include in your testing:

To name a few:

How often should you perform internal penetration tests?

The frequency of your internal penetration tests will depend on a number of factors, such as the size and complexity of your network, the rate at which your systems change, and the results of previous tests. However, most experts recommend conducting these tests at least once a year.If your internal team lacks the necessary knowledge to conduct a pentest, you may always start looking for top pentesting companies online.

How to choose the right provider for your internal penetration tests?

When choosing a provider for your internal penetration tests, it’s important to consider their experience and track record. They should also be familiar with the tools and techniques that are appropriate for your specific network. They should also be capable of producing a complete report of their findings.

Internal penetration testing is a critical component of any security program. By simulating a real-world attack, you can identify vulnerabilities, test your organisation’s preparedness, and ensure compliance with industry regulations.

Don’t hesitate to consult with an experienced provider to help you get started. With the right preparation and execution, you’ll be able to reduce the risk of having a data breach via your network.

Ankit Pahuja is the Marketing Lead & Evangelist at Astra Security. Ever since his adulthood (literally, he was 20 years old), he began finding vulnerabilities in websites & network infrastructures. Starting his professional career as a software engineer at one of the unicorns enables him in bringing “engineering in marketing” to reality. Working actively in the cybersecurity space for more than 2 years makes him the perfect T-shaped marketing professional. Ankit is an avid speaker in the security space and has delivered various talks in top companies, early-age startups, and online events. https://www.linkedin.com/in/ankit-pahuja/ 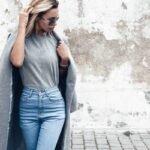 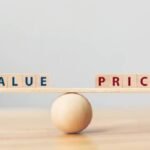 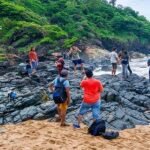