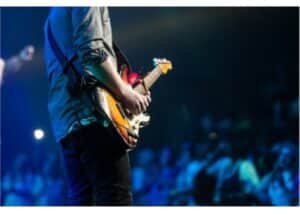 Charlie Anselm is a 13-year-old British DJ and producer who goes by Nixon Music. He is known for seamlessly amalgamating dance beats with smooth pop tunes. At the young age of three, Nixon Music began to learn the drums, and it slowly became apparent that he had an inbuilt talent for producing feel-good music.

Nixon spent most of his childhood playing in various bands and producing music to enhance his skills further and discover his individual sound. Inspired by globally renowned artists like Avicii and Kygo, Anselm’s catchy tunes have quickly gone on to become the drive to create a small yet dedicated fanbase spread across the world.

The proof of his growing fanbase is that he recently hit 500,000 streams on his latest musical production, ‘With You.’ In 2021, Nixon Music released four singles, all of which received immense love and recognition, strengthening his reputation as a young musical artist making waves in the music industry.

Nixon Music has been a busy musician since the age of 3. He began playing drums and writing songs, but it wasn’t until he was ten that he took things seriously. Charlie had already released numerous tracks and built a small but loyal fan base by this point.

Born and raised in London, England, Nixon Music started playing drums very early age. His first drum kit was bought when he was just three years old. He went on to join different bands throughout his school years, where he would perform live gigs and write songs. By the time he was 10, he was already producing his tracks and releasing them online.

Positive vibes and uplifting melodies drive Nixon’s music. He blends smooth dance beats with slick vocal hooks. Charlie’s music is ideal for parties and club nights. His music has a unique blend of soulful vocals and powerful bass lines. His music is best described as having a deep and sophisticated sound for the modern listener. Nixon’s music is designed to make you want to move and groove.

Charlie Anselm is a rising star in the music industry. He has been gaining popularity by the day, and his tracks are currently climbing the charts. His future looks bright, and he will undoubtedly continue to grow and evolve as an artist.