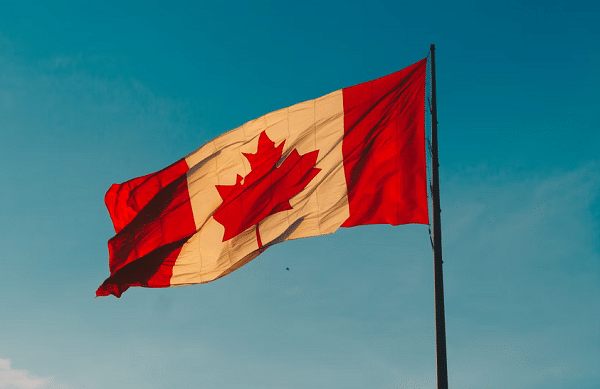 If you’re searching for a new TV show to watch that will have you laughing all the way through it, then you should probably look towards Canada. Whilst the country is most known for its love of ice-hockey, its maple syrup, and its sheer politeness, it has also been steadily putting out fantastic comedy shows that prove hugely popular with audiences seemingly everywhere.

Here, then, are three top picks for you to make your next streaming session, and if you’re feeling like you shouldn’t be watching any more shows, let us here at Buzrush convince you of the positive effects of TV, so you can watch guilt-free.

This show gleefully turns the tropes of rural living upside down. Set in the fictional tiny town of Letterkenny (which is also the title of the show) it showcases the trials and tribulations of its residents. Instead of making all the characters slack-jawed and uneducated types though, like a lot of rural based TV programmes have in the past, most of the residents are extremely quick-witted and have massively intelligent takes on a wide range of the world’s problems, which makes the interactions between the characters immensely great fun to watch.

Letterkenny started out life as a small YouTube series in 2013, before it was picked up and turned into a show that began airing in 2016. Now in its tenth season, it’s become a cult favourite for a bunch of knowing fans. The good news for them is that an eleventh season is on the way, and there’s even a spin-off show, called Shoresy, expected later this year.

Starting way back in 2001, Trailer Park Boys is now regarded not only as the most well-known Canadian comedy series, but also it has become a true Canadian icon around the world. Based on a movie that the show’s creator Mike Clatttenburg produced in 1999, Trailer Park Boys is about a trio of rag-tag social outlaws who try to navigate their way through the chaos that is their lives on the fictional Sunnyvale Trailer Park. Ricky, Julian and Bubbles have become loved in many different countries for their wacky dialogue and insane behaviour.

It’s not just the main cast that are hilarious though, as the many side-characters that pop up in the show are equally as riotous to watch. The mockumentary style makes you feel like a real fly-on-the-wall as you’re submerged into their crazed community. One of the funniest of these is Ricky’s step-father, Ray, who used to be a trucker, and is never far from self-inflicted disaster. Ray also has a hankering for gambling, and can often be found playing the slots machines at his local watering hole.

He needs to know about Vegas Slots Online though, and then he’d be able to experience the top online slots available in Canada, without even leaving his home comforts. They have over 10,000 games that are just like the real machines, with options for both free virtual slots or to play with real money. Plus, there’s new bonus offers every week, including exclusive game offers, and even free chips and spins.

Canadian comedy legend Eugene Levy has been entertaining the masses since the mid-70’s, first appearing on the sketch-show SCTV, and then going on to feature in the American Pie franchise. Well, it turns out that humour runs in the family, as he and his son, Dan Levy, co-created and both star in the brilliantly comic Schitt’s Creek. First airing in 2015, the show centres on an extremely wealthy family that suddenly loses its fortune, and are forced to move into a motel, and try to adjust to a life without boat-loads of cash.

If that sounds like a premise that doesn’t tug at the heart-strings too much, the show works due to the beautifully nuanced performances by the cast. Yes, they’re hopelessly out of touch individuals, but their hearts are mostly in the right place, as they adapt to their new life. Catherine O’Hara, who is most famous for the two Home Alone movies she appeared in, is particularly outstanding as the eccentric mother. A performance which won her an Emmy Award in 2020, as was reported in the New York Times.