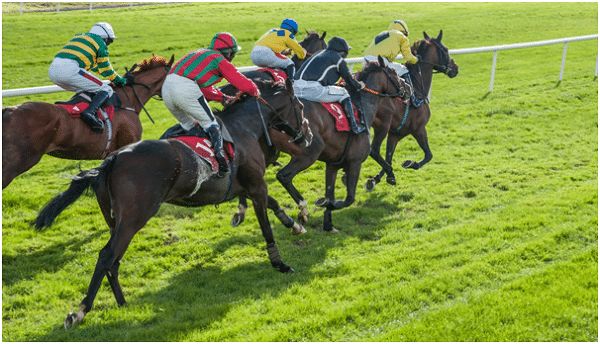 For those new to Aintree racecourse, you may be overwhelmed by the emerald green grace or perhaps the sheer size of the stands, built to house the thousands when it comes to the Grand National, perhaps the most prestigious event on the entire horse racing calendar. The spectacle when you arrive through the doors is simply a sight to behold, and for horse racing enthusiasts, it will bring fond memories of races from yesteryear.

What you might not notice though, situated on the bank of grass just before the press area, is the statue of Red Rum. Having been buried at the winning race post, the horse is synonymous with the Grand National, winning on three occasions in the 1970s. Alongside trainer Ginger McCain, the pair tasted success in 1973, 1974 and 1977, training in the nearby town of Southport to become a household name in British horse racing.

Almost half a century on, only a few have come close to Red Rum’s record. Gordon Elliott-trained Tiger Roll has two wins to his name, but after disagreements at this year’s weights, he was denied an opportunity to complete the Aintree hat-trick and rode for the last time at the Cheltenham Festival earlier this month. It is testament to the skill of Red Rum that people were so eager to see someone else try and level his achievement, such is the difficulty of winning three nationals. Read on, as we take a look at the life of Red Rum — the most successful horse in Grand National history.

If you had taken a look at Red Rum when he was merely a colt, no one would have backed him in any form of Grand National betting. Diagnosed with a debilitating bone disease, pedal osteitis, he was bred in Ireland to champion blood, related to Batika, a former Irish 2,000 Guineas winner. It was only when McCain, who initially had planned to use the horse for one-mile races, famously trained the horse to full health, training in sea water to help redevelop his hooves.

McCain was a car dealer in Southport at the time, but would go on to be regarded as one of the best trainers of all time. Just a year on from spotting him at the 1972 Scottish National, McCain felt the horse could be a true champion, and his faith was quickly repaid.

It turned out McCain knew exactly what he was talking about. In his first trip to Aintree, Red Rum won the 1973 Grand National, before making it consecutive victories a year later. Both performances were eye catching, as rarely would a horse run so powerfully, dominating everyone in his path. The gelding comfortably dispatched of all his competition, including established horses at the time such asL’Escargot and Bill Smith’s Spanish Steps.

By now, Red Rum was a household name. Despite coming second in 1975 and 1976, he was still the most famous horse around. The wins catapulted him to almost celebrity status and three years on, he made it a third win to make Grand National history. Brian Fletcher was the jockey responsible for a lot of success, and while humble and modest his work has definitely gone under the radar.

Given how much worse the conditions were at Aintree back then, and the amount of non-finishers due to the course’s brutal nature, it’s all the more impressive how dominant he really was. Injuries took their toll the next year though, and McCain was denied a shot at a fourth victory due to a hairline fracture that spelt the end of his career.

While some believe McCain could have let his gelding run again, he pulled Red Rum away at the perfect time. He got to live until 30 before his death in 1995, a day when the horse racing world mourned one of their best.

16 years later, McCain passed as well. Many credit him with helping the National so much, as his victories dragged the sport back into the spotlight. “He will always be remembered for Red Rum and rightly so,”Peter O’Sullevan said as one of the sport’s most famous commentators. “He and the horse appeared absolutely at the right time and were very much instrumental in saving the National at a period when it was very much in peril.”

Murals have since been put up in Red Rum’s honour and several books have been written about his achievements. You wonder if there will ever be a horse that can replicate his success, but if they do, they’ll more than deserve a space next to Red Rum’s statue on that Aintree green.