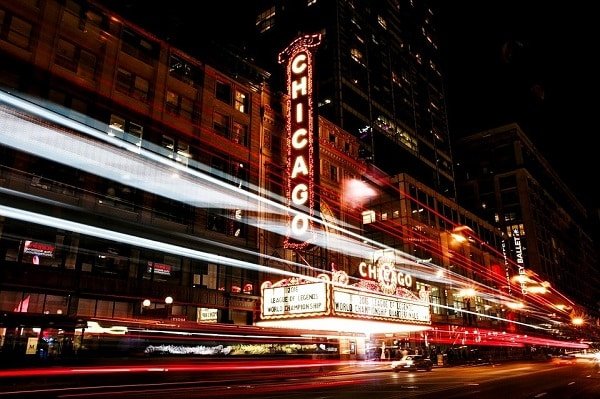 Outdoor advertising is a huge hit in Chicago, as the city is seeing tourists and visitors like never before.Chicago is the third largest city in the U.S., and is home to some of the most sought-after areas for advertising including the Loop, West Loop, River North, Wrigleyville, and O’Hare and Midway International Airports. Over 55 million visitors come to Chicago every year, which is why advertisers love to market their companies and products in The Windy City.

Read on to learn how advertisers are taking over the city by their massive and vibrant Chicago Billboards, and other modern advertising techniques.

In most big cities, advertising on big billboards is the way to go. There are several options to choose from including a large, traditional, static billboard, or a modern digital billboard. Both billboard options are great ways for advertisers to get their messages across in highly visible, high traffic areas. Many billboards in Chicago are strategically placed along popular highways, streets, and at major intersections at or near downtown.

Digital billboards in Chicago are great for showcasing vibrant art, colors, and graphics. These digital billboards have LED lights, and HD displays, which work wonders for catching people’s attention and drawing eyes to these ads. Advertisers can take over the city by adding in rotating or loop displays of digital ads, which attract attention and gain a high amount of exposure in heavy foot traffic areas. Other cities and places like Times Square in NYC or Las Vegas, Nevada have so many vibrant digital billboards that they are now iconic to these areas. Chicago advertisers can dominate the market in The Windy City to do the same. Billboards that are digitized typically start out around $960 for a four week ad campaign.

Advertisers not only advertise through billboards and signage, but now they can advertise on street furniture around the city, thus showing just another way of how advertisers are taking over Chicago.

Street furniture in the city is made up of everything from bus benches, newstandas, transit shelters, bicycles and scooters, and city kiosks. These types of advertisements typically feature a call to action message and are great ways to reach people who are waiting on their commute. Street furniture ads typically start around $200 for a four week campaign.

Another fast and simple way that advertisers market their products, services, and businesses, is through advertising via the Chicago Transit Authority. This is when ads are placed on or in city trains, buses, and rail cars. This is a great way to have millions of people see the advertisements every day, and is a great way to reach people all over the city.

Advertisers can choose from several options for media types including platform displays, wrapped trains, interior car cards, window clings, and more. With thousands of people taking public transportation every day in Chicago, advertisers are able to market to a wide audience full of people heading to and from work, tourists visiting the city, and locals out enjoying all that Chicago has to offer.

Other types of transit ads include taxi advertising, airport advertisements and airborne banners, and more.

Chicago is also known for being a very cultured and art-centered city, with the Art Institute of Chicago in its own backyard, so naturally art advertising is a growing modern advertising method that advertisers are using to take over the city. This type of advertising can range from vibrant wallscapes to artist designed PSA billboards, such as the City of Chicago Artist Billboard Project. Wallscapes in Chicago are typically large ads that are placed on the sides of buildings, and can cost anywhere from $500 to upwards of $8,000, on average.

With Chicago seeing millions of visitors each year, it’s no wonder that the city is an advertiser’s paradise. Advertisers are able to dominate city spaces, public transit, local buildings, and streets with all different types of eye-catching billboards, banners, and signage, thus helping them to take over the market with their marketing campaigns. All in all, this is how advertisers are taking over Chicago.