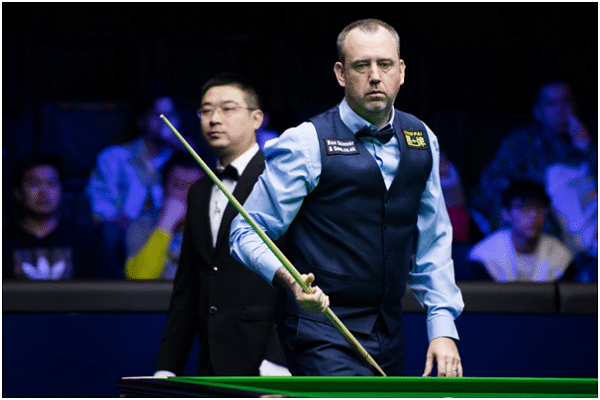 There have been several moments over the last decade or so where it has seemed as though Mark Williams’ career is winding down. Having dropped out of the world’s top 16 players at the beginning of the decade, it was rumoured that the Welshman was on the verge of retirement, having lost some of his zeal for the game. However, a resurgence of form culminated in a sensational triumph at the 2018 World Championship, as Williams rediscovered his love of the game.

Even after that win four years ago, it was expected that he would once again fall away slightly, but three ranking event wins in the intervening period has proved that Williams is going nowhere — he still has the capability to compete with the top players and win trophies, even at the age of 46.

Cut to the 2022 Masters, and the ‘Welsh Potting Machine’ gave yet another indication that he still cannot be trifled with. His tournament began by knocking out defending champion Yan Bingtao in a hard-fought match, which set up a mouth-watering quarter-final with John Higgins, the same man he beat in that 2018 world final.

The atmosphere at Alexandra Palace was boisterous, leaving both players smiling in disbelief as the noise swept over and through them, but despite Higgins being favourite in the snooker betting online, Williams did the business in a dramatic deciding frame, earning a place in the semi-finals of the Masters for the first time since 2010.

More drama awaited. Williams looked in control against Neil Robertson, establishing a 5-3 lead and looking good value for a place in the final. However, the Australian hit back in dramatic fashion, drawing level at 5-5 before an incredible decider went the way of Robertson despite him needing snookers. Williams’ dream of a third Masters crown had been dashed, but he demonstrated that he still has plenty to offer at the highest level in snooker.

In many ways, the Welshman has been unlucky this season. Having won the British Open back in August, kicking off the season in the best possible way, Williams has faced a couple of setbacks. He suffered a recurrence of gout, making movement around the table extremely painful, before catching Covid-19 as well, leaving him tired and breathless for the following few months. The Masters was the first time in a while that Williams has been able to play while close to 100 percent fitness, and given how well he performed, there could still be good things in store this season.

At his best, Williams looks just as he did all those years ago, floating around the table as if it’s just a practice session, knocking in long pots with supreme ease. At the Masters, we saw some of his trademark flourishes, potting balls with his eyes closed, escaping from snookers one-handed, or implementing his bizarre underarm shot when he can’t quite reach it normally.

Williams is a player who still has the potential to win the biggest tournaments in the sport, and at odds of around 40/1 to win the World Championship in April, he might be a strong shout in the snooker betting tips.

Although he couldn’t quite reach the final, Williams’ performance gave us a reminder of what makes him such a unique and valuable part of this beautiful sport.