Skip to content
Contents hide
1 The international poker world championships.
1.1 Hole Card Cams
1.2 The 2000s
1.3 How did this make poker popular in movies and TV?
1.4 The Nature of Film
Please follow and like us:

Whether you have played with your friends at a party, seen it in a movie, or dabbled in online poker, most people have a general idea of what this card game entails, although the case for other casino games is not so clear. What caused poker to be the game adopted by the visual entertainment industry? 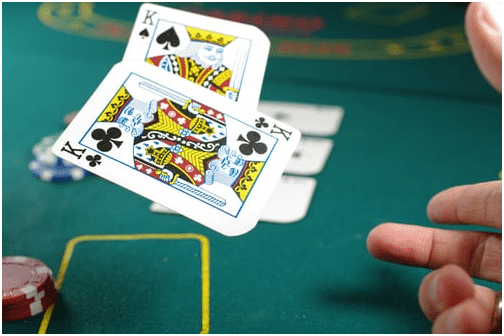 Poker got its first day in the spotlight in 1970, when the world series of poker was first broadcast. While it wasn’t the entire show, it started as one-hour highlights from the event. Many critics remained quiet, despite the lack of technical analysis. What the highlights missed in regards to a technicality was made up by the fact that people were able to catch a glimpse into this event from a distance for the first time ever. They could witness the event, but they could see it most importantly- in full color!

During the 80s, the WSOP was still broadcast on CBS, but then it was transferred from CBS to ESPN. However, poker remained pretty much the same. That is until there was an essential change in the 90s that drew people into watching the game even more.

WSOP winner, Henry Orenstein, designed the final piece of the puzzle that would send poker to heights of popularity, Hole-Card-Cams. This design was first used on the British Late-Night-Poker show. The viewers loved it!

For the first time, the audience members on television could see the players’ cards! This was huge! Instantly, the viewer went from feeling like an outsider observing to an insider who knew more about the game than the players themselves!

Now suddenly, these insiders could become involved in the game, and hosts could do critical analysis instead of the casual small talk that was always present. The ability to do this detailed analysis inspired various television personalities to emerge and discuss the game and the players’ multiple styles of play. 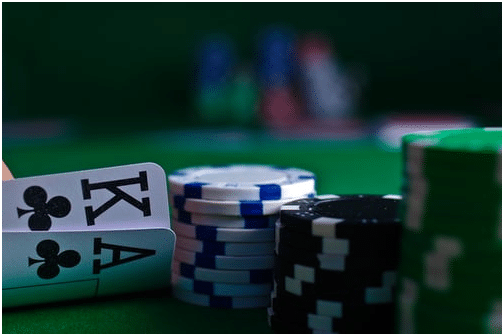 Eventually, a massive shift in how poker was seen occurred when Steve Lipscomb, Mike Sexton, and Linda Johnson conceptualized the first televised poker tournament named the World Poker Tournament. Now, not only was there a detailed analysis of the players’ playing style. There was a classic Hollywood-style budget.

Since then, poker has been dramatized, and poker tournaments were played with the audience in mind. With rules such as a time limit for action, and if a player bluffs on the river, they get sent to the shark cage.

How did this make poker popular in movies and TV?

To genuinely understand, we need to go through the history of televising the sport. In short, poker became famous in movies and TV shows because it was already popular with people. With the rise of poker being seen in a particular light, Hollywood decided to use all the connotations associated with poker to help create the depth of their characters.

Not many other casino games can make the main character seem as cold, patient, and calculated as having them sit at a poker table. Other casino games might have the “coolness” factor from sitting in a space such as a casino, with all the bright lights and luxury atmosphere. The difference with poker is that it is a game played with and against other people. 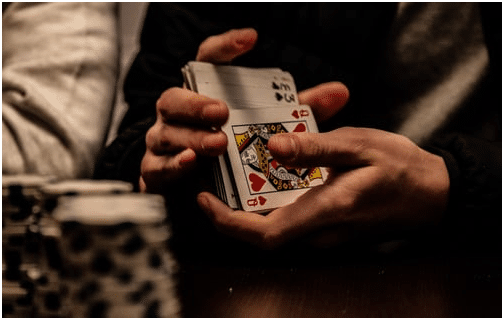 The Nature of Film

In films, the goal is to maximize the amount of information that is presented in the smallest amount of time. Therefore, it only makes sense to have this moment of character development where it can be used to continue the storyline.

Because poker tournaments were displayed on television as much as they were, it was the most popular casino game at the time.

Pokers’ popularity increased as this was the game that most people were likely to relate to, a sense of familiarity that people could lock onto. This was essential for the film world, as the better a person can connect to a character, the more likely they believe that what is happening on screen is real. They forget about the camera or even watching on a screen, allowing them to become drawn into the world the director tried to create. Yes, technically, this could have been done with any popular casino game; poker was and still is the most popular casino game. Therefore, displaying a character interacting with this game while talking to their comrades would be more likely to generate that authentic connection and believability. The character was now doing precisely what the viewer may occasionally be doing with their friends.

Poker has slowly grown and become the most popular casino game in the media, clearly for a good reason. As the media and technology evolved, poker has always been there right beside it to grow with it. What is your favorite poker movie?